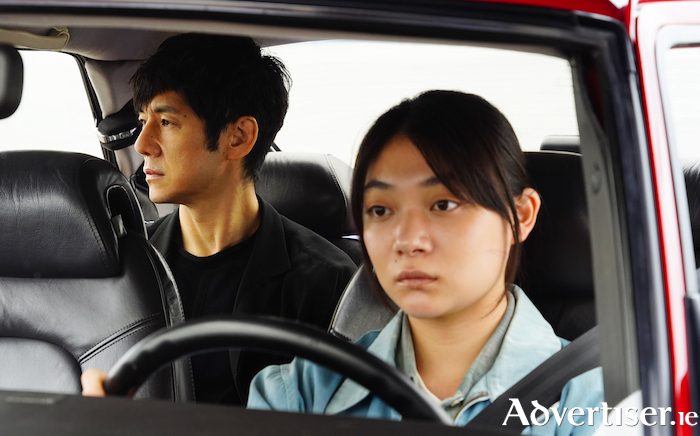 Drive my car, the award-winning Cannes film by director Ryusuke Hamaguchi, will have an exclusive preview at the 2021 Japanese Film Festival, which takes place this week in Galway.

Eight films will be screened at Cinema Pálás for this physical in-person festival, which begins Thursday October 14 and continues through Friday 15, Saturday 16 and Sunday 17.

Based on a short story by Haruki Murakami and featuring a Japanese performance by Beckett Waiting for Godot, Drive my car will air on Sunday, October 17 at 7 p.m.

Two years after his wife’s death, actor / theater director Yusuke still struggles to come to terms with his loss. He accepts an offer to lead Uncle Vanya at a theater festival in Hiroshima and decides to drive there in his beloved red Saab 900, but the festival insists he has a driver during production. He reluctantly accepts that a reserved young woman named Misaki drives his car.

This screening, in partnership with Galway Film Society, is an opportunity to see Drive my car ahead of its theatrical release later this year.

Saturday screenings will be a treat for anime fans with double bill from Hideaki Anno’s Evangelion: Death (True) ² at 4.30 p.m. and The end of Evangelion at 6.30 p.m. Then at 8:30 p.m. comes the Irish premiere of Funny and Laughing On-Gaku: our sound. Forget everything you know about the anime, because On-Gaku is unlike anything you’ve seen yet.

As good as Drive my car Sunday will also see the documentary-style drama, Company retreat (4 p.m.), based on a real scandal, and which gives a deeper insight into how Japanese culture and society have responded to the global #MeToo movement.

For more information and tickets see www.jff.ie Where www.palas.fr, or call 091 – 394800 for ticket sales and updates.