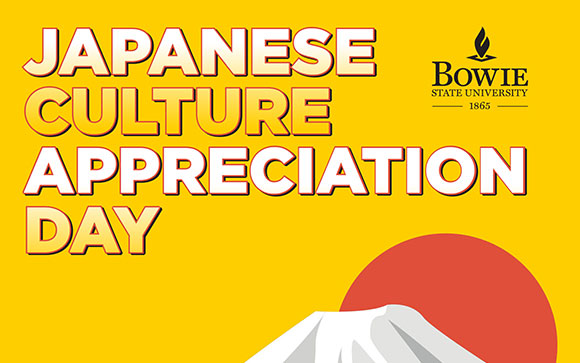 Exploring the intersections between black and Japanese culture, art and media

The day will include a panel on anime/manga/cosplay and black culture with BlerDCon CEO George Hilton and cosplayer Naomi “Afrococoapuffs” Nurse in addition to a presentation at the Japanese Embassy by Japanese diplomat Taichi Kaneshrio , educational consultant; a screening of Miyazaki’s My Neighbor Totoro, a 1988 Japanese animated fantasy film; and a Japanese lunch. See the complete Japanese Culture Appreciation Day schedule.

Sierra, an associate professor in the Department of Language, Literature, and Cultural Studies (LL&CS), says students started the Japanese Culture Appreciation Club on campus in 2017. It was sponsored by one of the librarians, Fusako Ito, and the members hold monthly meetings to discuss Japanese. culture and showing Japanese films.

“Whenever you see students taking initiatives for cultural or academic benefit, you have to pay attention to it,” Sierra says. “It’s about allowing them to see the big picture, what they could do with what they learn in the classrooms.”

Several BSU courses complement this interest, including Graphic Novels, which covers manga aesthetics and its relationship to graphic novels; Storytelling for film and animation history, which discusses Japanese visual tropes and anime’s influence on black and hip-hop culture.

Sierra secured a $10,000 grant from the Japan-United States Friendship Commission (JUSFC) to fund the cultural appreciation event. JUSFC is an independent federal agency, and BSU is the first HBCU to receive a grant from the commission.

“If you look through the other grant recipients, Columbia and Brown and George Mason, we’re the first HBCU to receive one,” Sierra notes. “Universities they usually give to have Japanese study programs.”

Sierra said he would eventually like to have Japanese classes taught in BSU’s LL&CS department as another way to sustain student interest.

The JUSFC grant also funded a Zoom session for BSU students to learn more about the exchange program and teaching in Japan. Two black alumni of JET shared their experiences on how students can teach English in Japan after graduation.

“It’s about giving students the connection, showing them the opportunity, like, ‘How do you do that?’, ‘Who do you network with?’ It’s a way to focus students’ attention while they’re busy trying to complete their coursework.