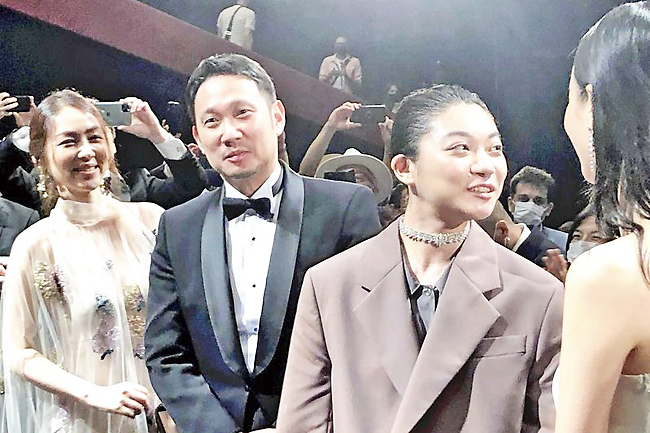 The award went to Ryusuke Hamaguchi and Takamasa Oe, whose screenplay was inspired by Haruki Murakami’s short story of the same name.

Hamaguchi, who also directed the film, said he fell in love with Murakami’s story and teamed up with Oe to make it into a screenplay.

Drive my car stars Hidetoshi Nishijima as a theater director tormented by grief over the sudden death of his wife, played by Reika Kirishima. Toko Miura plays the driver who comes into his life, after which he gradually realizes what he has lost.

At two hours 59 minutes, the film includes additions that Hamaguchi and Oe made to Murakami’s short story.

Critics praised the film for its elaborate structure and the performances of the actors.

Last Saturday, the jury of the International Federation of Film Critics chose Drive my car as his favorite among the 24 films in official competition for the Palme d’Or.

Drive my car received a standing ovation at the end of its official screening in Cannes on July 11. It received rave reviews from critics, with one describing it as a “deeply moving story of heartbreak, renewal” and another saying the final scene was one of the festival’s happiest moments.

For Hamaguchi, 42, the Cannes triumph was the latest in a series of achievements on the festival circuit, after distinctions in Venice and Berlin.

He was co-writer of The wife of a spy by Kiyoshi Kurosawa, who won the Silver Lion for Best Director for this film at 77e Venice Film Festival last year. Last month, Wheel of Fortune and Fantasy – a three-segment film directed by Hamaguchi – won the Silver Bear Jury Grand Prix, de facto second place, at 71st Berlin International Film Festival.

â€œI have a strong impression,â€ Hamaguchi said at a July 12 press conference, â€œthat international film festivals have discovered and nurtured me.