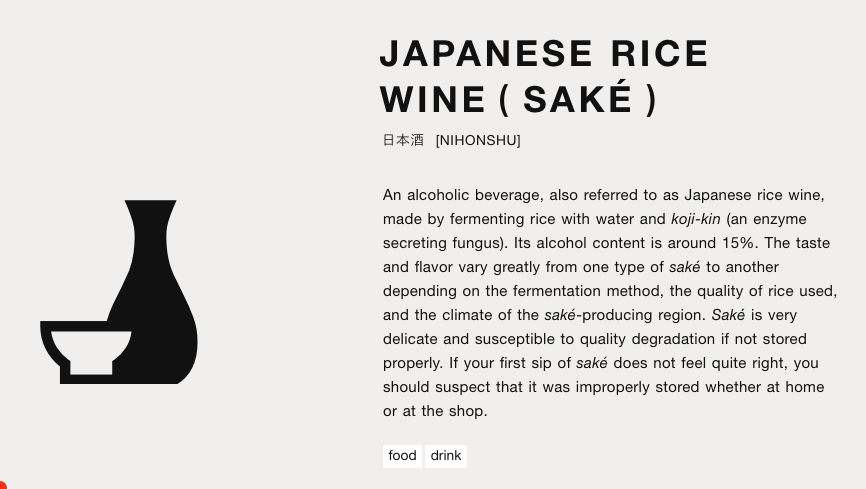 Download 280 pictograms that put Japanese culture in a new visual language: they are free for the public

“One of the biggest considerations when traveling to Japan is its inscrutable language,” writes Juliana Neira of Designboom. But then, one could also consider making this language more searchable – and making one’s experience in Japan much richer – by learning some of it. Kanji, the Chinese characters used in the written Japanese language, may at first glance look like small pictures of often bewildering complexity, and many assume that they visually evoke the meanings they express. In fact, to use linguistic terms, they are not pictograms, representations of thoughts or ideas, but logograms, representations of words or parts of words.

Resembling miniature works of art although they often do, the kanji are not entirely unsystematic. This helps beginner learners master the first and most essential of the thousands of characters they will eventually need to know.

The same applies to the fact that some of them, originally, are truly pictographic – that is, they resemble the meaning of the word they represent – or at least sufficiently pictographic for the make it teachable through pictures. The Japanese word for “mountain”, to cite an elementary example, is 山 ; “river” is 川; “tree” is 木. Alas, most of us who enjoy the 山, 川 and 木 of Japan — not to mention the 書店 and 喫茶店 in its cities — do not have been able to visit them during this past pandemic year. 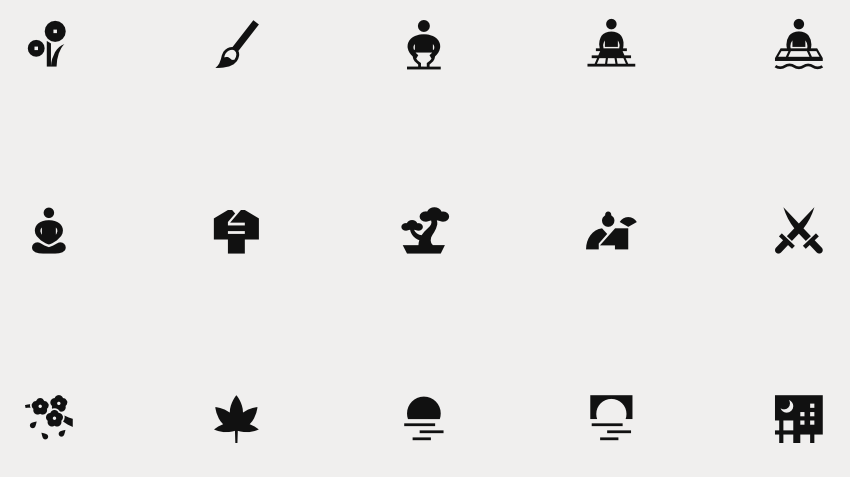 “After experiencing years of growth in tourism, tourists to Japan are down more than 95% due to the pandemic,” writes Johnny Waldman of Spoon & Tamago. “Graphic designer Kenya Hara and his company Nippon Design Center have themselves launched a project to publish over 250 pictograms – free for everyone – in support of tourism in Japan from a visual design perspective.” Together under the banner of Experience Japan pictograms, these clear and evocative icons represent a wide range of places and activities that can be enjoyed in the land of the rising sun: skiing and surfing, calligraphy and open-air hot spring baths, Ginza and Asakusa, Skytree Tokyo and Tsutenkaku Tower Osaka. 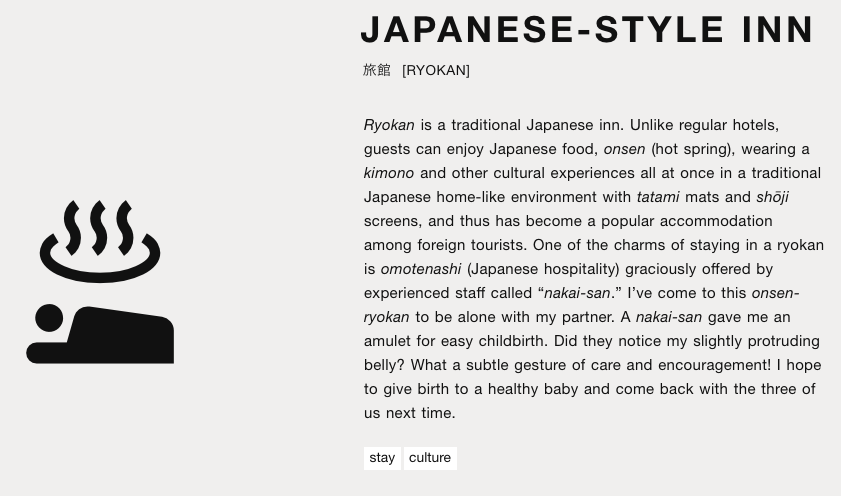 Experience Japan pictograms don’t fail to include the glories of Japanese cuisine – sushi, tempura, soba and even Japaneseified hanbaga – which arouses the interest of so many foreigners in Japan. Click on one and you’ll see a brief cultural and historical explanation of the item, activity, place or concept in question, along with the relevant Japanese term (in kanji if applicable) and its pronunciation. You can also download them in any color scheme you want and use them for any purpose you want, including commercial. The more widely adopted they become, the more convenient Japanese tourism will become for those who do not read Japanese. Those who do can hardly deny the thrill of having another Japanese language to learn – and a truly pictographic one at that.

Discover Isotype, the 1920s attempt to create a universal language with elegant icons and graphic design

The Hobo Code: An Introduction to the Hieroglyphic Language of Jumper Trains in the Early 1900s

Google provides 750 icons for designers and developers: all Open Source

Braille Neue: a new version of braille that can be read simultaneously by sighted and blind people

Based in Seoul, Colin Marshall writes and broadcasts about cities, language and culture. His projects include the Substack newsletter city ​​books, the book The Stateless City: A Walk Through 21st Century Los Angeles and the video series The city in cinema. Follow him on Twitter at @colinmarshall or on Facebook.