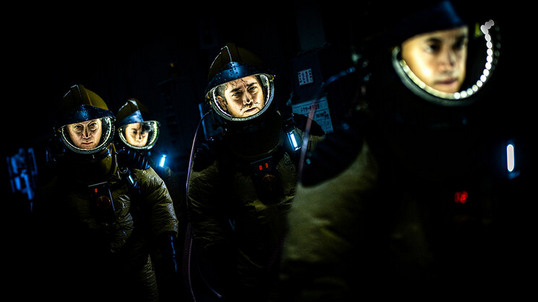 â€œWe are excited to bring the best of contemporary Japanese cinema to the Midwest,â€ said Sakamoto. “Our festival is designed to bring the American Midwest into conversation with Japanese culture.”

Supported by Catch Us Performing Arts (CUPA) and the Japan Foundation New York, the festival will use the Eventive platform for ticketing and screenings and aims to spark conversations about culture and facilitate understanding between Japan and the Midwest region. .

According to Kono, “With the pandemic underway, we hope that the Chicago Japanese Film Collective can provide a space where people from diverse backgrounds come together to appreciate art and focus on our common humanity.”

Highlights of the festival include Kaizo Hayashi’s â€œBoltâ€, a drama about the immediate aftermath of the earthquake that rocked Japan and led to the Fukushima nuclear disaster starring Masatoshi Nagase.

â€œAll About Chiaki Mayumura (Provisional)â€ is a genre drama about a musical celebrity that is much more than it looks.

Other films include â€œVideophobia,â€ a black and white cyber thriller; â€œYanâ€, shot outdoors in Japan and Taiwan; â€œThe House of Seasons,â€ a family drama about a teenage girl overcoming her mental health challenges; and “The Manga Master”, a film about the life of pioneer manga artist Kitazawa Rakuten.

In documentaries, the festival will present “Alone Again in Fukushima”, a deeply human story about a man who remained in the evacuation zone to care for animals left behind as a result of the Fukushima nuclear disaster, and “Prison Circle”, which provides an intimate look at one of Japan’s most notorious prisons.

The Chicago Japan Film Collective presents the best of contemporary Japanese films – which would otherwise be inaccessible – to audiences in the Midwest. Due to the coronavirus pandemic, the inaugural edition will be held virtually; however, plans are underway to host future in-person festivals.

Votes for the Audience Award will be cast via Eventive and the award will be announced at the end of the festival.

“All about Chiaki Mayumura (provisional)” by Hajime Matsuura (feature film, 2019, 72 minutes), International premiere. Who is Chiaki Mayumura? An artist? An entrepreneur? Do his clones play a big role in the world? A genderless indie idol that captures all its charm. Official site: http://spotted.jp/2020/02/all_about_mayumurachiaki/

“Still alone in Fukushima” by Mayu Nakamura (documentary, 2020, 95 minutes). North American premiere. A sequel to â€œAlone in Fukushimaâ€ (2015) in which Naoto continues to live with abandoned animals in Tomioka, a city evacuated after the Fukushima nuclear disaster. Official FB: https://www.facebook.com/aloneinfuksuhima/

“Dynamite Graffiti” by Masanori Tominaga (feature film, 2019, 138 minutes). Midwestern premiere. A film adaptation of an autobiographical essay by Akira Suei, the charismatic editor of the magazine who led the subculture of the Showa era. With Tasuku Emoto, Atsuko Maeda. Official site: https://dynamitemovie.jp/

“House of the seasons” by Yoshihiro Sakamoto (feature film, 2020, 105 minutes)> International premiere. The story of a high school girl who locks herself up and almost drops out of school but ends up in a youth support center called House of Seasons through meeting and living with nice people there. Official site: http://www.bitters.co.jp/mominoie/

“Prison circle” by Kaori Sakagami (documentary, 2019, 120 minutes). It took six years to get permission to cover the story and two years to film it. It’s the first time a camera has entered a prison in Japan, and it’s a social and human documentary that looks at the lives and real faces of inmates. Official site: https://prison-circle.com

“Videophobia” by Daisuke Miyazaki (feature film, 2019, 88 minutes). American premiere. A cyber-thriller about a woman who gives up her dream of becoming an actress and returns to the Korean city of Osaka, only to take a psychotic break when her one-night stand is exposed on the internet. Official site: http://videophobie2020.com