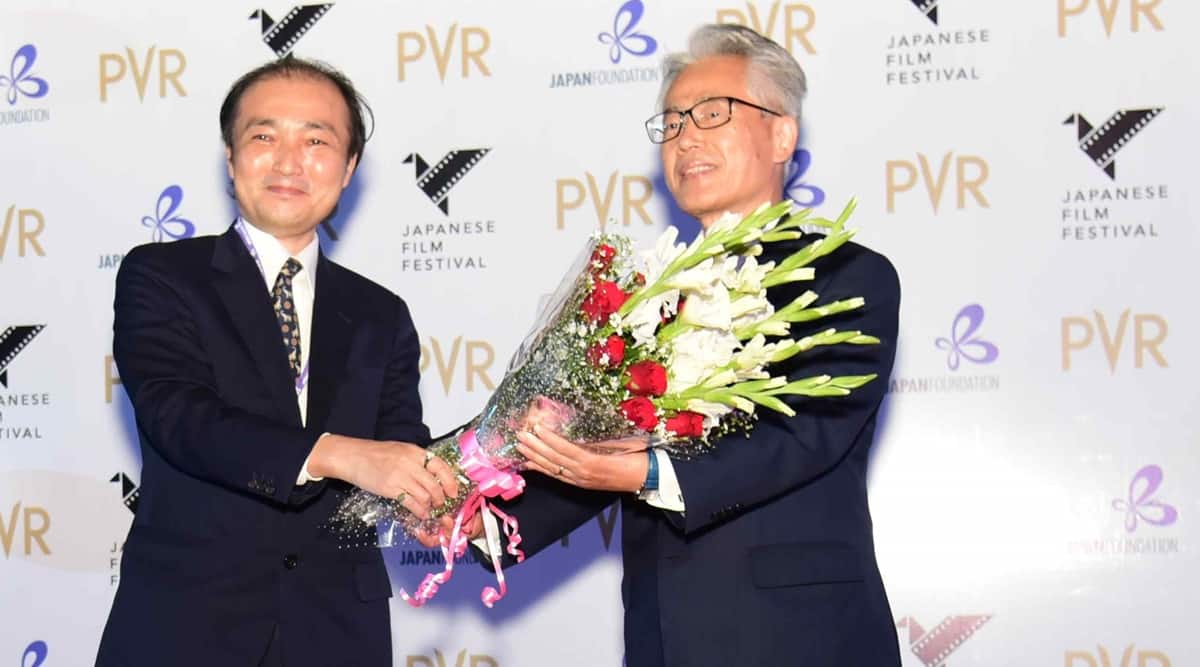 The Japan Foundation is an organization under the government of Japan that seeks to strengthen Japan’s cultural ties with other countries.

Japanese Film Festival 2022: The theatrical edition of the Japanese Film Festival has just ended on Sunday evening in Delhi. Held over a period of three days, the film festival was organized by the Japan Foundation in collaboration with PVR Cinemas. Although this is the fifth edition of the Japanese Film Festival in India, it is the first time since the coronavirus pandemic that it has been held in theaters. In 2020, the Japan Foundation held the film festival in an online-only format. However, given the reduced number of cases and the positive response received during the online screening last month, it was decided that the festival would also be held offline this year.

Executing this plan, however, was also difficult as the Foundation initially wanted to hold the festival in several cities across India. The omicron wave of coronavirus, however, put a damper on those plans and the foundation went ahead with just a Delhi edition of the theater festival. The film festival allowed viewers to reserve their seats online and watch the carefully selected films for free. Films featured ranged from period dramas like Wife of a Spy, which is a critically acclaimed film and winner of the Silver Lion award at the Venice International Film Festival, to the animated portrayal Ramayana: The Legend of Prince Rama.

The Japan Foundation is an organization under the government of Japan that seeks to strengthen Japan’s cultural ties with other countries. On the sidelines of the film festival, Koji Sato, Managing Director of Japan Foundation New Delhi, spoke to financialexpress.com about the purpose of the film festival, the dominance of K-Dramas and the close cultural connection between India and Japan. Edited excerpts:

The Japan Foundation aims to promote cultural relations between countries. How do you see the Japanese Film Festival achieving this goal in India?

Films are somehow universal, they attract people and stimulate the interest of foreigners. Since the creation of the Japan Foundation, we have placed cinema at the center of our cultural programs. Until recently, the selection of films for our festivals focused on classic masterpieces, because that’s what people wanted to see again and again. The screening was also limited to certain public spaces.

However, in India nowadays there is a huge expansion of the commercial market to consume the movie watching experiences. More and more Indians are very outward looking, not only focusing on Indian movies but also having a very good sense of foreign content. In response to this growing interest, we have now created a range of the latest contemporary films that audiences would want to see.

There’s no time lag in that sense now, because we’re showing movies here that are also being watched in Japan right now. Thus, the current feelings of the Japanese can transcend the Indian public through the media, touching the minds of viewers. This can lead to the creation of a synergy or a feeling of compassion. This is what the Japan Foundation wants to create, because although there is no direct encounter between people, through media or movies, we can create this feeling of kinship.

There is an increase in Indian interest in K-Dramas. Do you hope that with events like JFF, Japanese titles also take up that kind of space?

I hope so and am very optimistic that it will happen now. Sure, the Korean boom is a global phenomenon, but it’s not a competition. Japan also creates a lot of good dramas, movies, and anime. People in India and other countries also need to see it and need to be able to access it.

In order to market it or share it among more people organically, maybe some proprietary steps by institutions like ours are needed. We come first and provide a good selection of content to stimulate interest, then a natural response from the private sector might follow.

I am very optimistic that in India the same thing will happen for Japanese content as it does for Korean series.

India and Japan have always had a very close cultural relationship, especially because of Buddhism. What kind of continuous measures does the Japan Foundation continue to take to keep this relationship going between the two countries?

It is a well-known fact that India and Japan love each other and this spiritual kinship is very present between us. In this contemporary time, although we are physically distant, we respect each other. The Japanese respect the Indian culture and people, and the Indians love the way of working and the sense of Japanese collectivism. Tourism is also developing between us.

Accordingly, we like to update the real image of Japan by bringing contemporary culture, people’s feelings and the way they live their lives through many cultural initiatives, not limited to movies. We continue to bring good cultural programs – films, theatres, music, performances, exhibitions as well as language. Nowadays, people want to read Japanese anime or manga in the original language itself.

We have a teacher training program that enables a number of local teachers to learn Japanese. In this way, many people, especially young people, can gain access to Japan, helping the two countries to come closer together.

What do you think are some of the positive things that India and Japan can adopt from each other’s cultures that are related and yet very different?

It is the 70th anniversary of diplomatic relations between India and Japan. During this amazing period, we have exchanged all forms of film, art, performance, academic and cultural moments between our two countries. Indian films have been celebrated in Japan, Japanese cartoons and films continue to be popular throughout India. It is a testament to the fact that the peoples of both countries have found many commonalities and connections between each other’s lives and day-to-day experiences. We will continue to promote and celebrate this special relationship between our cultures.