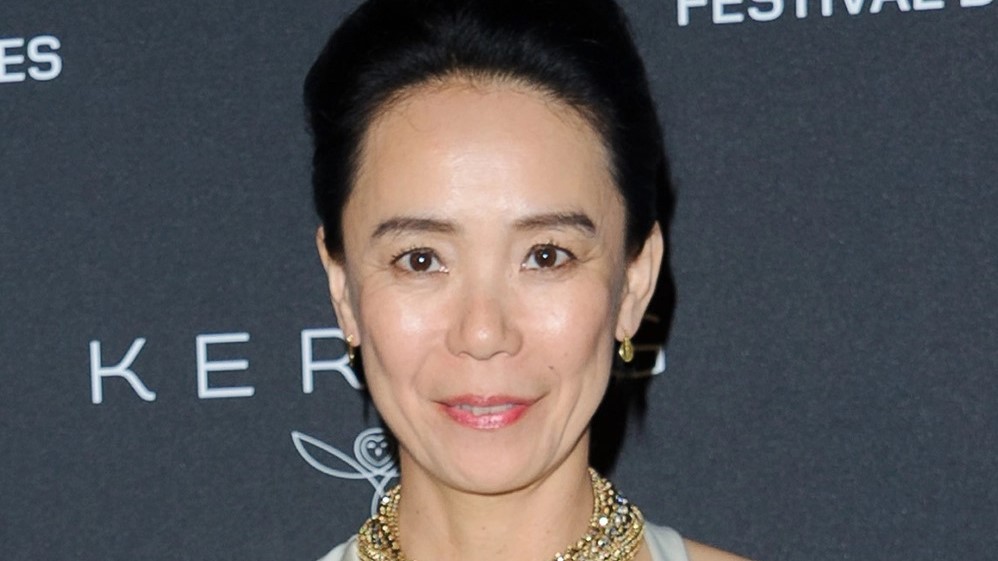 Kawase Naomi, the Japanese author who won the Camera d’Or at the Cannes Film Festival in 1997 and has had films in competition on several other occasions, pays a whirlwind visit to the festival with “Tokyo 2020 Olympic Games Official Film Side A,” which will screen Wednesday night.

A feature-length documentary, “Side A” focuses largely on athletes. “Side B,” Kawase’s next project, casts a wider net and captures what Kawase calls a turning point for Japanese society.

Did the film choose you? Or did you choose it?

The International Olympic Committee hired me to do it. I was elected or appointed by the IOC. They wanted someone who had global reach and was an auteur filmmaker of a certain caliber. Thierry Fremaux of the Cannes Film Festival was heavily involved in the decision-making.

Why did you want to make a sports documentary?

From an early age, I was very involved in sports, I was a basketball player in my youth. I have always been strongly inspired by sport and the hope, emotion and strength it brings. Whenever I watch a sports game, I feel a lot of emotion because I know everything that is going on behind the performance. This humanity below the surface is something I wanted to explore and capture in my film.

The film covers other aspects such as the preparations and preparation for the Tokyo Olympics, the public resistance to them and also the beginnings of the COVID crisis. What is behind this holistic point of view?

It is precisely for this reason that there are two films of two hours each.

It was a crazy time to film. It was in the midst of the global health crisis, pandemic and lockdown and to invite 20,000 people and athletes from 200 countries.

It was a huge task for the Japanese Olympic Committee. There were so many questions. And no one really had the answers. The puzzles, conflicts, and challenges the JOC faced was something I wanted to explore. This is particularly the goal of the second film, “Side B”. The problems of getting to the Olympic opening ceremony.

“Side A” is more on the athletic side. It’s not necessarily a story of gold medals won and lost, but rather a story of athletes and the journeys they took to even make it onto the Olympic stage.

Specifically, we focused on female athletes. Women who in the years leading up to the Olympics might have given birth, their duality of being elite athletes while caring for family members and being mothers.

Was it a deliberate recalibration of the traditional male-dominated view of sport?

Yes, there is a predominant focus on these women, but the film is more nuanced. It’s not specifically about gender but rather about the humanity that exists beneath athletics.

And it’s an important record of its time. One of the things I wanted to document was the journey of Japanese women in Japanese society today. Their challenges to overcome and the expectations of being a woman in Japan.

A watershed moment was the JOC’s decision to make more than half of the committee members Japanese women. [Mori Yoshihiro, president of the Tokyo 2020 Olympics, was also replaced after making outrageously sexist remarks about women athletes.]

I recently had a conversation with [French filmmaking legend] Claude Lelouch, the filmmaker of the Munich Olympics in 1972 [and also for the 1968 Grenoble Winter Olympics]. We agreed that even during times of great negativity and great conflict something beautiful emerges, something positive emerges.

The Japanese public was strongly against the games at one point, but by the time they were underway, opinion had changed. What was the turning point?

There was only ever one turning point. It was a set of things. I wanted to put the focus back on the daily turmoil, the challenges and the conflicts, especially of the committee members, the issues of feminism. Also, government officials who have assumed this responsibility having engaged Japan to organize these Games.

There is something incredibly Japanese about this idea of ​​responsibility and commitment. Perhaps this cannot be fully understood beyond Japan. The notion of what you have decided you have to see through.

And once the Olympics came, of course, people were impressed with the athletic performance. I think another turning point was how the Japanese public became emotional towards sports performance.

As a filmmaker who has made many films about home, family and so-called “women’s subjects”, what do you think of the current #MeToo movement that seems to be emerging within the Japanese film industry?

The pendulum is swinging in the Japanese film industry. The debate becomes very emotional. But often this current climate is very black and white, very women versus men, very polarized.

Of course, there are many things to review, to change within the Japanese film industry. There is a need for women to hold leadership positions and board members. At film festivals and production companies as well. There must be a sense of diversity.

And just because you’re a woman you’re expected to think a certain way and because you’re a man you’re not supposed to be this or that. This polarization of thought is problematic. I wish we could be human again and talk to each other.