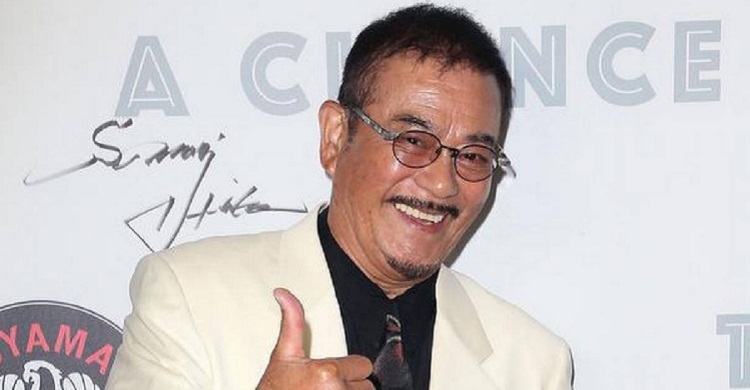 Japanese actor and martial artist Sonny Chiba has died at the age of 82 from complications related to Covid.

Chiba was a star in Japan and was best known to Western audiences for his memorable role as a blacksmith in Quentin Tarantino’s Kill Bill.

He enjoyed a five-decade on-screen career that also included the Street Fighter trilogy of the 1970s and The Fast and The Furious: Tokyo Drift in 2006.

His agent Timothy Beal said he was “a humble, caring and friendly man”.

Beal told AFP news agency it was “such tragic news”, adding: “He was a great friend and a great client.”

The Academy of Motion Picture Arts and Sciences, which is responsible for the Oscars, also said he was a “legend” who “blended tenacity and depth.”

Chiba studied martial arts throughout the 1960s, excelling in karate. Following in Bruce Lee’s footsteps, he then landed roles in Japanese films and television series, notably with the influential studio Toei.

He made a name for himself outside of his own country in Street Fighter as a ruthless martial arts mercenary and anti-hero Takuma Tsurugi.

“For me, the nicest part to play is the bad guy,” he told Jonathan Ross in a 2007 TV interview.

The blockbuster film series caught the attention of a young Tarantino, and almost 30 years later, the director chose him to play Hattori Hanzo in Kill Bill – Volume 1 in 2003.

The popular character was a samurai turned sushi chef who came out of retirement to forge a sword for the bride, played by Uma Thurman.

He reprized the role in Kill Bill: Vol 2. Chiba also appeared in Kinji Fukasaku’s 2003 movie Battle Royale II: Requiem, as well as in the Justin Lin episode of the Fast and Furious franchise.

Can’t Pay Off a Payday Loan? What should you do Here are your options