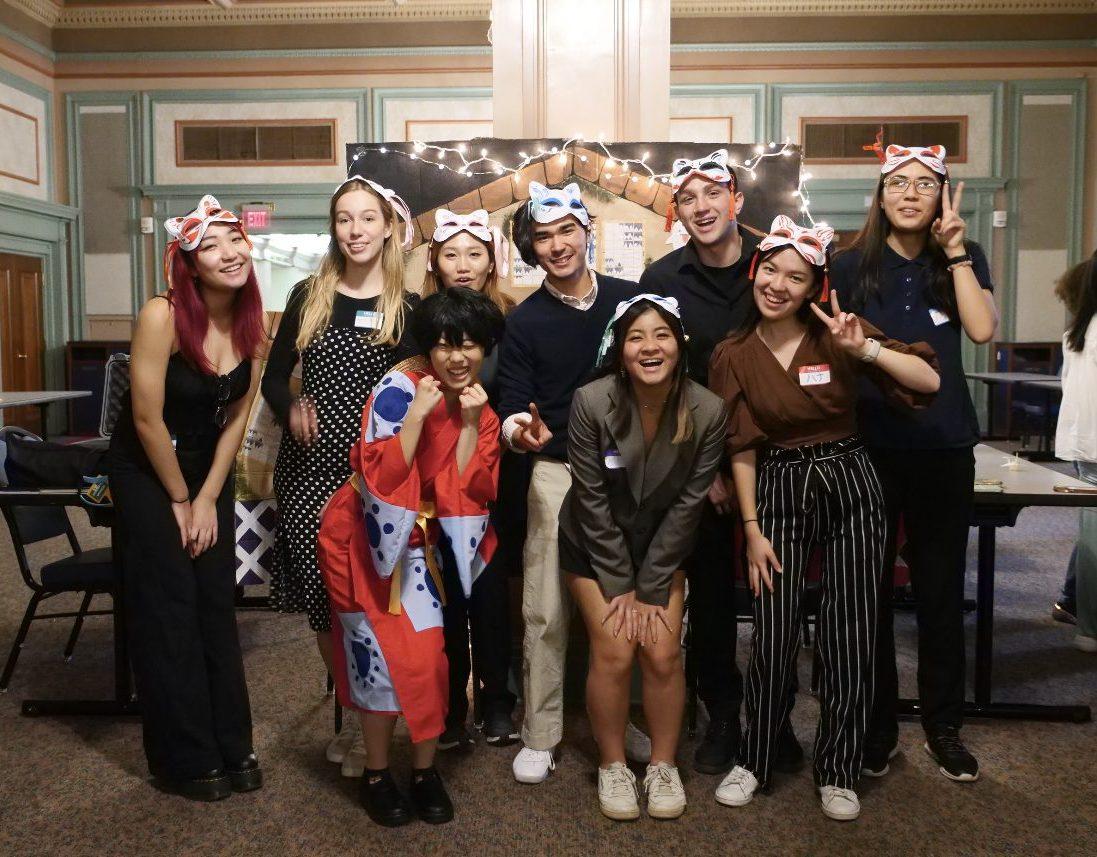 For Austin Kellar, Bunkasai is a way for the Japanese Student Association to celebrate Japanese culture.

“[Bunkasai] celebrates the importance of Japanese culture and Japan’s relationship with America,” Kellar said. “It’s just nice to appreciate a culture other than the one you grew up with.”

Pitt’s JSA held its annual Bunkasai event in the William Pitt Union on Saturday, with about 100 people in attendance. Because the event took place during the Halloween weekend, JSA chose to theme the party “Yokai”, not only to indulge in Japanese culture, but also to experience a bit of phantasmagoria.

“Yokai are essentially apparitions. They come from Japanese folk tales. So they can either be like creatures like Hitosume Kozowho was on our Instagram, or Kappa, the one that looks like a turtle. Or they can also be ghosts,” Kellar said. “They are basically any supernatural thing – ghost, creature, god.”

The event began with a slideshow highlighting the importance of Bunkasai and Yokai. The event continued with a performance showcase that included seven performances highlighting different parts of Japanese culture.

Kellar, co-president of social media and public relations for JSA, said Bunkasai is a cultural festival usually held in high schools across Japan. While living in Japan in high school, he said each class would usually choose a part of the festival they could contribute to, such as food, haunted houses, and decorations, and the classes would come together to bring their own to life. festival.

“Japanese high schools, you have to apply to get into them. Like the way we apply to college, they apply to high school. So it’s also an event to promote their school for people graduating from high school to think, “Oh, I want to go to this high school,” Kellar said. “So they promote Japanese culture, but also their school pride.”

Kellar said for the JSA that the main priority in organizing the event was to introduce Japanese culture to fellow students.

“Bunkasai for me is the chance for us, as the JSA Board of Directors and just JSA in total, is our main chance to show the great people of Pitt a different culture. And give them a chance to lean into a culture they may not know much about,” Kellar said.

The showcase kicked off when the JSA board performed a dance from the soundtrack of a famous anime, “Yo-kai Watch!” followed by a performance by graduate music student Devon Tipp.

The showcase also highlighted another aspect of Japanese culture 一 martial arts. at Pitts Kendo club gave attendees an insight into Japan’s modern martial art, kendo, also known as the “way of the sword” or even Japanese fencing. The Kendo Club showed off their skills by performing drills and even allowed the crowd to watch a slow demonstration of how a kendo match usually goes. After the performances were over, the event then shifted its focus to another intricate part – the booths.

Biology and sociology double major Susan Choy said she heard about Bunkasai through a friend. As a member of the Filipino Student Association, Choy said she wanted to support the JSA by participating in the event.

Choy said one of his favorite booths was the JSA advocacy booth.

“That’s where you spin a wheel and it lands on an image,” Choy said. “Then the person standing there tells you the story or superstition surrounding that image, and you have to guess whether it’s from Japanese culture or not. I thought that was cool. It’s a fun little fact .

The calligraphy booth had two parts – one where attendees were given a name tag written in katakana, the Japanese calligraphy, and another where they were shown a kanji character for three seconds and tried to draw it from memory.

Using their Stamp Rally paper, which they received upon arrival at the event, attendees walked around the venue visiting each stall to learn about Japanese culture and in return win a stamp. Once they collected six stamps, participants were able to exchange their paper for free sushi.

Choy said she was thrilled to see the JSA embrace and celebrate Japanese culture at Bunkasai.

“I think it’s nice to see people embracing their culture, and when they usually don’t. I think it’s awesome,” Choy said.