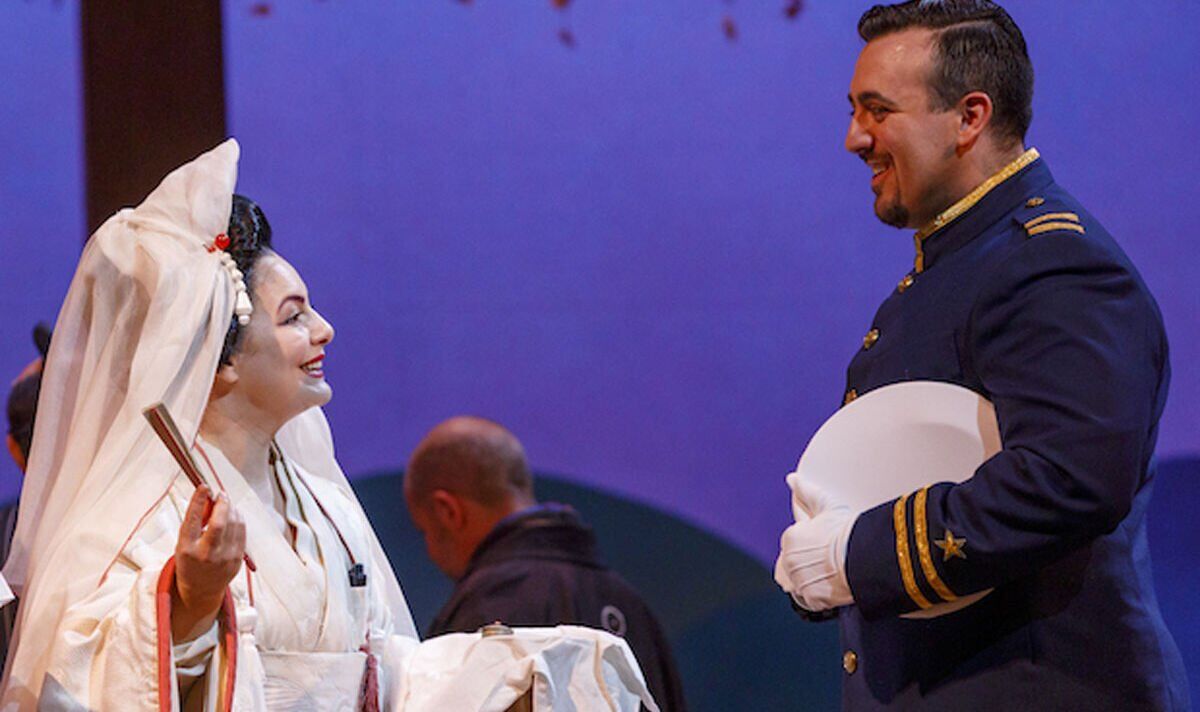 The tragic story centers on the arranged marriage between the dastardly US Navy Lieutenant Pinkerton and the innocent geisha Cio-Cio-San, known to all as Butterfly. Pinkerton sees it simply as a marriage of convenience, valid only for the time he is stationed in Japan, but the innocent Butterfly approaches it with complete confidence and commitment, even forgoing family and religion to adopt what she believes to be American values.

When Pinkerton leaves and tells her he’ll be back, she trusts him, and when he returns, but with his American wife in tow, she takes the only honorable way out.

Dooner’s production took the unusual step of employing Sonoko Kamimura as an advisor on the Japanese movement, and as a result, every gesture and step taken gained in authenticity, giving the entire production added conviction.

Whenever Patrician Bardon, as Butterfly’s maid, sat or stood patiently with her hands folded, for example, she always placed her left hand over the right in the correct manner. If I hadn’t read this in the program, I never would have noticed, but knowing it made me more observant and sensitive to the meticulous nature of the production.

Such attention to detail added a lot to Armenian soprano Lianna Haroutounian’s performance in the title role, which she played with great dignity and patience, with exactly the right degree of controlled emotion.

British-Italian tenor Freddie de Tommaso fleshed out Pinkerton’s role, conveying the simplicity of the character who floundered in the face of Butterfly’s utter loyalty.

American baritone Lucas Meachem also gave a fine performance as American Consul Sharpless and the entire cast and production team are to be commended for avoiding any temptation to parody the Japaneseness of it all in costume, make-up or attitude.

To top it all off perfectly, the orchestra under Israeli conductor Dan Ettinger gave a superbly thought-out rendition of Puccini’s powerful score, with the percussion playing its part particularly effectively. It seemed to me that even the pauses in the music were slightly longer than usual, emphasizing Butterfly’s patient and calm demeanor. All in all, a great performance.

Retford is to have its own Japanese culture festival