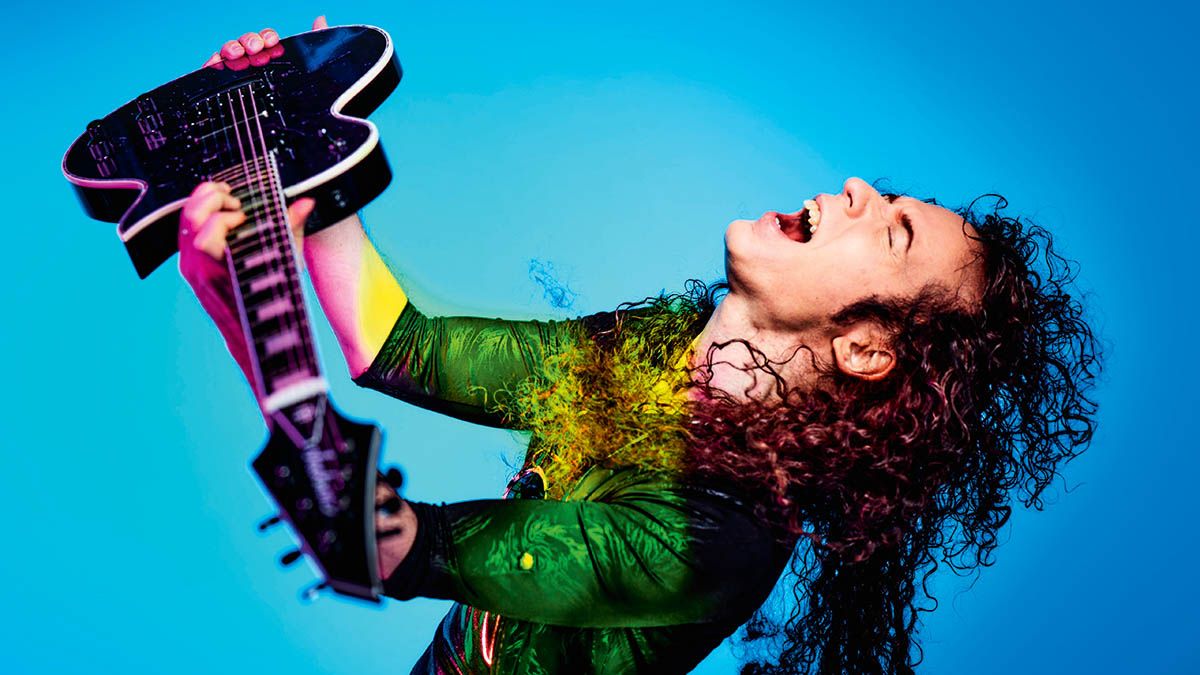 Marty Friedman: “Much of the Japanese music that is currently very popular has a melodic structure that echoes a lot of western rock and pop of the 70s”

Regularly hailed as one of the most innovative and explosive guitarists in the rock arena since his appearance on Cacophony’s debut album in 1987, Speed â€‹â€‹Metal Symphony, Marty Friedman then spent 10 years at Megadeth starting in 1990.

For many, Megadeth’s albums released with Friedman on board are the best in their catalog. Marty left Megadeth in 2000, stating that he felt limited by the limits of traditional metal and that this was counterproductive to his development as a musician.

Life after ‘deth included a move to Japan in 2003, where he had previously seen success in Cacophony and Megadeth. Since then, he has become a huge multimedia star in his new home country, appearing in over 800 TV shows, from cooking to sitcoms to movie roles.

His love for Japan is evident in everything he does, and the high esteem in which he is considered there was reflected when the Japanese government asked him to compose Official Japanese Heritage Theme Song, to be played at government sponsored events celebrating Japanese heritage.

This is your third album of instrumental covers of Japanese pop songs. How do you choose the songs and turn them into the powerful guitars that they have become?

â€œIt’s a crazy long process. They are all very different from the originals, but still retain all of the essential motifs of the original song. To do that and also to try to make it sound like one of my originals is a difficult thing. I do demos of a bunch of songs; some work and some don’t. When this is the case, I approach the artist, manager or publisher to obtain the rights to cover it.

â€œI never ask for the rights until I’m sure it will work because it would be very rude to get approval and not use the track. It’s all about the vocal melody: if it’s too fast or too repetitive, it can sound funny when you play it on the guitar. Some melodies sing and these are the ones I really enjoy.

â€œAs this is my third Japanese pop cover album, I will often automatically know where I’m going to take something, but Shukumei was an unusual choice for me. The band doing this, Official Hige Dandism, is huge in Japan right now. I love their stuff and wanted to have a very current song on the album. He ended up going in an extremely progressive direction with some really tough lines to play. When you know what you want it to sound like, sometimes the parts of making it happen can be crazy. “

The melodies on the songs are all very western and quite retro, although the artists are all Japanese.

â€œThere is also a Japanese trademark where they can use a major melody in a major key while making it melancholy and melancholy. I’ve always wondered how they got there – it’s a key part of Japanese music that I like to dig into.

â€œThe covers add a lot of weight to the originals and really take them into the rock arena with the distorted and loud guitars. I definitely put a ton of weight on them and with a ton of guitars. It is a type of album that is very greedy in guitar. To do so many parts and make them all clear to allow all the melodies, harmonies and counterpoints to shine, you inevitably end up with a fairly heavy piece of music.

â€œI put a lot of emphasis on things that maybe weren’t obvious in the originals, but you have to do that sort of thing when you’re replacing a singer; you need to replace the voice with something that will hold the listener just as well.

Tonally, you cover a very wide range. What were your centerpieces for this album?

“The whole record was basically recorded with my signature stuff – my Jackson guitars, my Engl amps, and my EMG pickups. The differences between the clean parts and the heavy parts were purely due to playing with what I was playing with. still uses and turn down the volume and that sort of thing.

â€œMy goal in creating a signature guitar was that I could go to any music store in the world and buy one off the wall. I’m not a hardware junkie or a hardware freak; I just want something that works and is consistent. If I’m not on tour I could do seminars or internships in weird places, and all I need to know is that they have a music store that sells my guitar. I can just introduce myself and use it.

â€œThe only effect that I find essential is a Maxon AF-9 automatic filter. This is a wonderful pedal – it gives a bit of the feel of the human wah voice without being a typical wah sound. I’ve played so much with my guitar technician tells me my playing sounds that way even when it’s turned off [laughs].

â€œI think I subconsciously adjust my playing habits to the sound shaped by this pedal to such an extent that I always get those nuances, even when it’s turned off. The way I use it is subtle – I keep everything at zero, so it just adds a little hint of expression and maybe humanity that it wouldn’t have otherwise.

â€œI never do anything more than raw demos at home; I’m not the type to do a home studio. I mainly recorded the songs in Tokyo and mixed them in Sweden. I work so fast that I need a great engineer who can also work really fast with me. Even though I am a very fast worker it took me several months to get it all done because there is so much going on with each track.

â€œThe only benefit of shutting down was that I actually came back and spent a few more months really tweaking every detail because I had time to do it. For so many artists, I guess the best way to use the lock time has been to make the best record possible. For me there were no distractions and this level of focus was really beneficial.

What’s in store for you next?

â€œI’m going to be making videos for the tracks on the record and I’m touring Japan in April. Japan is almost operational for live shows now. There are crowd size restrictions, but we can work with that. I also do a big classical concert in April with an orchestra as well.

“When it comes to reading songs from Tokyo Jukebox live, I have another guitarist who is in my band. We just keep the main lines of the guitar and cover as much as we can. Live, it’s more a question of energy and overall power. As soon as the world opens up I will be going on tour like crazy as soon as it is safe to do so, I hope to go back to UK because I really enjoy playing there.

a breathtaking stage version of the classic Japanese film