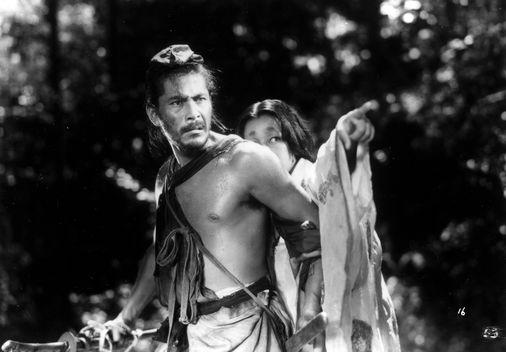 Picking the five best Japanese movies is like picking the five best movies of all time: kinda silly. You can simply choose five films by Kenji Mizoguchi, which is the subject of an ongoing retrospective at the Harvard Film Archive (until June 23). Or YasujirÃ´ Ozu, or Akira Kurosawa, or Hiroshi Teshigahara, or Hirokazu Kore-eda, all of which are included below.

Ozu’s “Tokyo Story” is on everyone’s list, but reviewer Brett Michel prefers “Late Spring” for its “finer pleasures.” He adds: â€œThe main performances of ChishÃ» RyÃ» and Setsuko Hara as a widowed father and a daughter who is afraid to leave him are two of the greatest in all of cinema. The final scene without words [with] RyÃ» peeling an apple in his empty house remains one of the most heartbreaking on screen.

One of the few films to have an â€œeffectâ€ that bears its name, it also introduced the West to Japanese cinema and Toshiro Mifune. He plays the boastful samurai who contributes to one of the four conflicting eyewitness accounts of a crime. With Kurosawa’s exhilarating recreation from every perspective, who can tell which one is true?

Few ghost stories are as haunting as this tale of two potters in a war-torn world who see chaos as an opportunity to improve their stations. The brides aren’t keen on the idea, but the two leave anyway. Their triumphs turn out to be illusory, and then some, just like the lives they left behind. One of Mizoguchi’s lightest films.

Once you’ve watched Teshigahara’s elusive, allegorical fever dream about an entomologist who finds himself trapped in a pit with the titular woman, you’ll find it hard to shake it. Kind of a combination of “The Myth of Sisyphus”, “No Way Out” and the worst relationship you’ve ever had.

Looking at the previous four entries, I notice that the most recent is 50 years ago. To get us up to speed, I bring back Japanese film expert Brett Michel, who says Kore-eda’s feature debut is a “hypnotically-paced portrait of a young widow who remarries and [is unable to] reconnect with the living. This discreet masterpiece marked the arrival of a major talent.

June 6 marks the 70th anniversary of D-Day; which films best honor those who fought in Europe during WWII? And looking forward to June 15, now that we’re deep into the blockbuster season, what’s been the best summer movie ever? (And it must be better than â€œTransformers: Age of Extinction.â€) Vote at www.boston.com/cinemania.

Avril Lavigne’s video appropriates Japanese culture. So why am I not outraged?