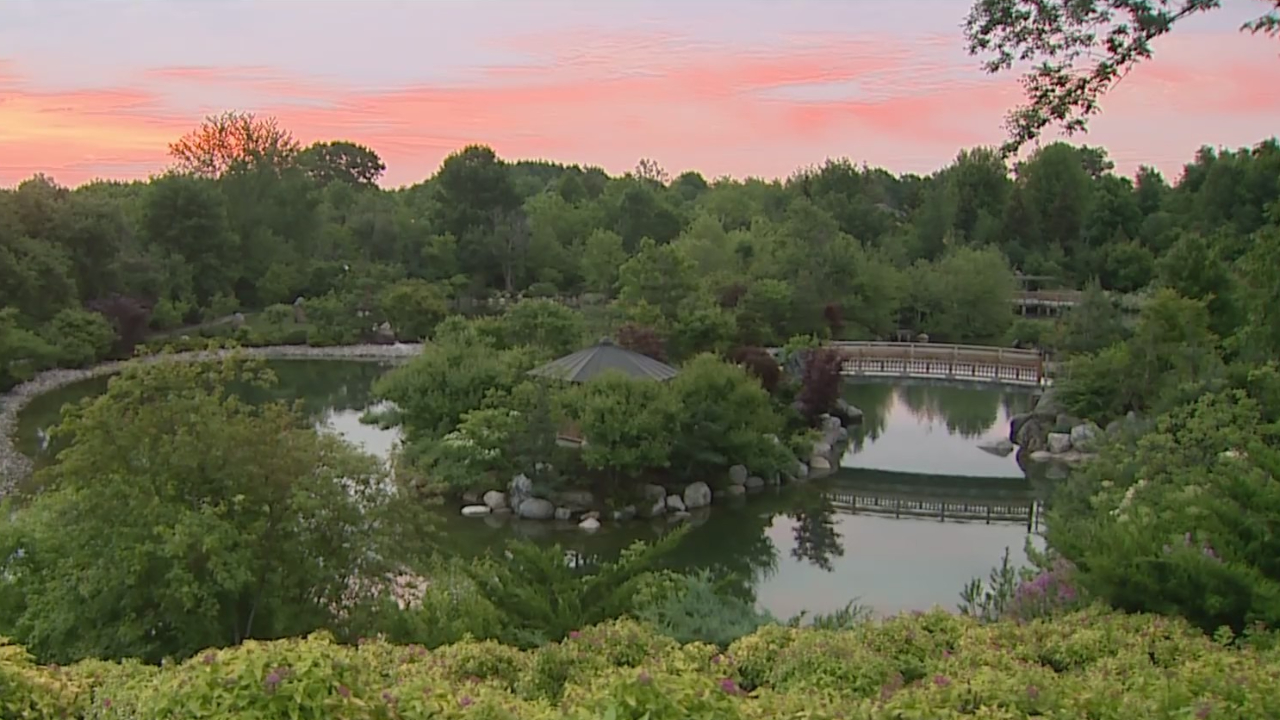 The Frederik Meijer Gardens & Sculpture Park includes a Japanese garden. All of the structures in the area – the bridges, gazebo, and tea house – were designed and built in Japan by traditional wood and stucco artisans and copper smiths. They were taken apart, shipped to Grand Rapids, and rebuilt.

They are part of a garden that designer Hoichi Kurisu wanted to be an oasis of tranquility.

â€œIt’s a place to really slow down and have a different perspective,â€ said chief horticulturalist Ethan Cote. â€œTo step into a space and leave behind a lot of what you brought into that space and redefine what you are going through that day, that week, that month, that year. “

â€œIn this garden, it’s a huge sensory experience,â€ said Cote. “Lots of interactions with nature, whether you walk by a waterfall and hear that sound or hear birds and a fish leap out of the water or brush against leaves growing in the path, or you were walking along a winding path and intentionally on where it takes you.

CÃ´tÃ© and his staff spend a lot of time pruning to keep the garden from growing too much.

The look changes from season to season: cherry blossoms in spring, lush green in summer, and snow-white in winter.

â€œSome days you walk in and there’s a delicate sunrise or very light rain. That’s when I feel like it’s not a bad place every day. It comes and goes, â€Cote said. “Whether it’s summer or early spring, or a great blue heron flying over, or whether it’s winter and the pond is completely frozen over and you see fresh deer tracks, that’s all enough. surrealist. These are definitely quiet times like those that put things in perspective.