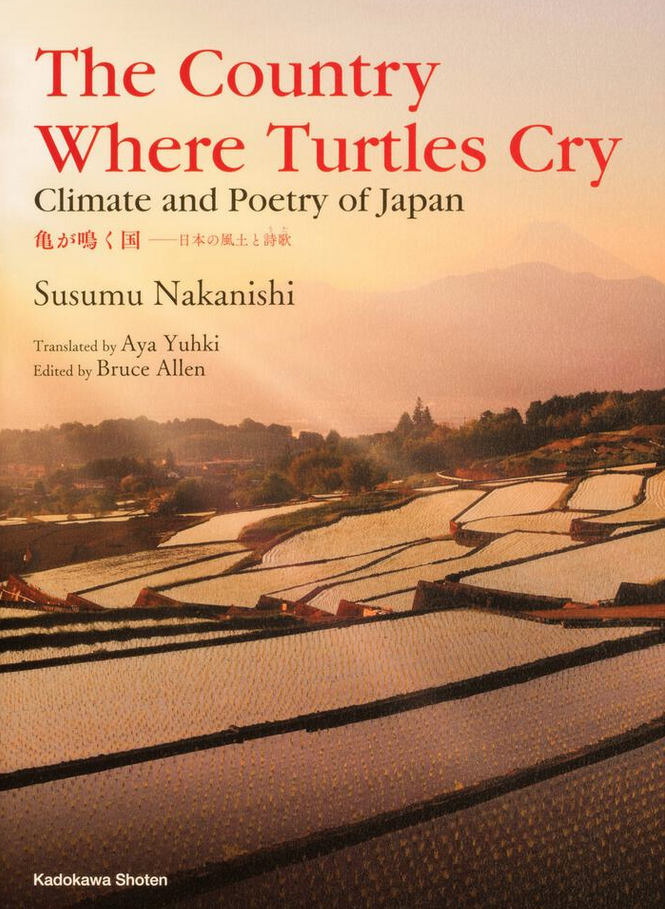 “The Country Where Turtles Cry: Climate and Poetry of Japan” (亀が鳴く国——日本の風土誌) by Susumu Nakanishi, translated by Aya Yuhki and edited by Bruce Allen, was published by Kadokawa Shoten.

An English translation of a masterpiece that deciphers the cultural characteristics of Japan, using waka, tanka and haiku as clues. What is the Japanese aesthetic sense that has been passed down from the ancient times of Manyoshu, and how has it been nurtured in the climate and way of life? Using the national poetic forms of waka, tanka and haiku, we will read and understand the cultural characteristics.

Born in Tokyo in 1929, Nakanishi holds a BA, MA and Ph.D. in literature from the University of Tokyo. As a leading scholar of comparative studies of Japanese culture, he was named a Person of Cultural Merit and awarded the Order of Culture.

Born in Boston, Allen holds a BA from Amherst College and an MA from Sophia University. He is a retired translator and professor from the Department of English Language and Literature at the University of Seisen.

For more information, visit https://www.kadokawa.co.jp/ (the site is in Japanese).