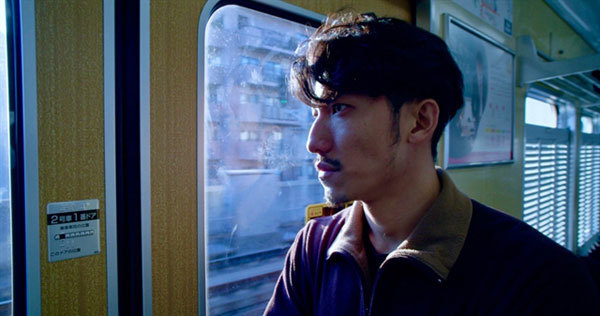 
In the film, Phat plays Nam, a tech trainee from Vietnam who gets caught up in a murder case.

“Come and Go is the first international film I have participated in, in which I have the opportunity to work with the Japanese film crew, especially the director Lim Kah Wai,” the Vietnamese actor wrote on his Facebook page.

The actor expressed his excitement for the film to be shown to Japanese viewers after two years of work.

“The producers hoped to present the film at the Hanoi International Film Festival last year, but unfortunately the event was canceled. What a pity that Vietnamese audiences missed the opportunity to see the film,” Phat told vnexpress. .net.

“I hope the film will be well received in Japan and I will soon be able to interact with audiences via virtual platforms.”

The 30-year-old actor traveled to Japan in April 2019 and stayed there for a week to star in Come and Go.

He was introduced to director Lim Kah Wai by director Phan Gia Nhat Linh after his successful performance in Song Lang (The Tap Box). After watching the Vietnamese film’s screening at the 2018 Tokyo International Film Festival, Lim Kah Wai invited Phat to star in his upcoming work.

For his first time acting in a foreign film, Phat said he was both excited and nervous. He revealed that his biggest difficulty was the language. In Come and Go, he spoke both Japanese and Vietnamese. In order to prepare for his scenes, the actor spent several days learning and practicing the language.

“What I learned in this project was professionalism and discipline. The Japanese are very serious, always on time, careful in every detail.

He also said he was not interested in payment. Instead, he saw it as a chance for new experiences and hoped Vietnamese actors would become more popular internationally.

Born in 1990 in the southern province of Kien Giang, Phat became familiar to Vietnamese audiences with roles in many hit movies like Song Lang (The Tap Box), Ngôi Nhà Bươm Bướm (Butterfly House) and Quý Cô Thừa Kế ( The Heiress).

He won the Gemstone Award for Newcomers at the 2018 Tokyo International Film Festival and was honored as a “New Asian Star” at the Asian Stars Up Next Award a year later.

Set in Osaka during cherry blossom season, Come and Go begins when people discover an old woman’s body in an old apartment and follow a detective as he investigates the murder.

Director Lim Kah Wai, born in 1973, is a Chinese-Malaysian director based in Osaka, Japan. Some of his renowned works include his debut After All These Years, Magic and Loss, New World and Fly me to Minami.

“The theme of the film is about how we lose the capacity or capacity to notice the existence of the people around us, the people we pass on the street or we meet at random, and care about them. when we are all trying to do our best to deal with our own difficulties in life,” the director said.

“Since that time the pandemic has started and is still not over. These are difficult times, but I am filled with emotion at the announcement of the theatrical release of this film.

“I hope you enjoy this gripping and biting film with an unprecedented amount of plot, and take a keen interest in how the characters manage to survive in Japan.”

Song Lang (The Tap Box) may be Lien Binh Phat’s first film, but audiences were impressed considering it was such a difficult role for a newcomer.