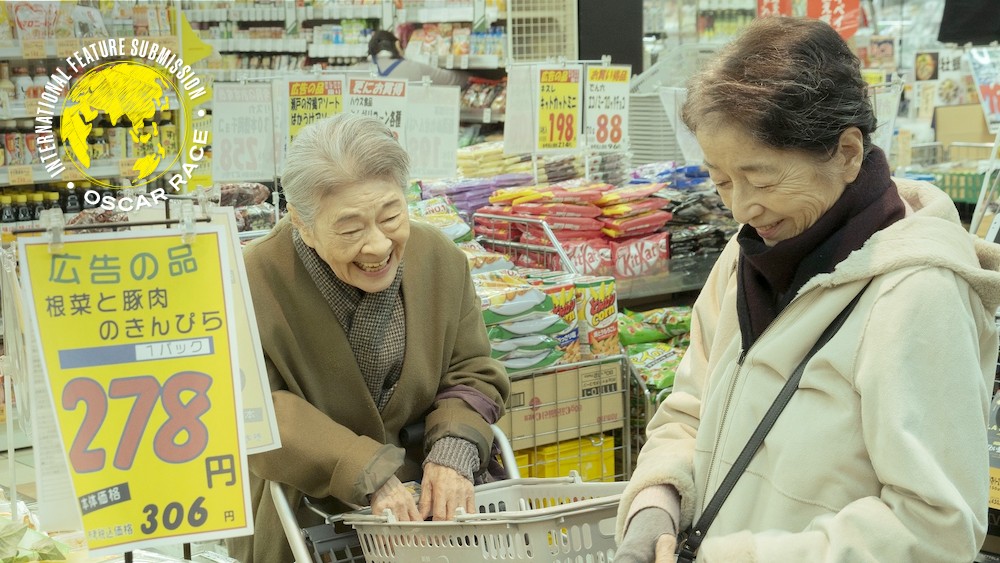 Review of “Plan 75”: a Japanese film accuses us of not respecting the elderly

Who can forget Jonathan Swift’s ‘A Modest Proposal’, that cheeky work of early 18th century satire in which the author had the nerve to suggest cannibalism as a means of keeping Ireland’s unwanted children “from to be a burden on their parents or their country, and to make them beneficial to the public”? In “Plan 75”, first director Chie Hayakawa offers an equally extreme idea without the slightest glimmer of irony, and the suggestion is sufficiently heartbreaking so that audiences will likely still quote it decades later.Set in the near future in Japan, where it’s a surplus of old people – versus an abundance of babies – that causes problems, this chilling social drama takes its name hypothetical new legislation whereby an overtaxed government offers its elderly citizens an incentive to euthanize.

The candidates, who must be at least 75 years old, will be offered a modest compensation to smooth their exit, or pass on to their offspring. In the meantime, they can presumably be reassured that they are no longer a burden on society. It’s a grimly pragmatic way of looking at old age that Hayakawa doesn’t subscribe to: she’s too empathetic a director to insist on her idea actually being implemented, which “Plan 75” makes clear by following this experience of thought to its natural point. conclusion.

Hayakawa approaches his subject with absolute seriousness from the opening scene, which picks up just after a gunman opens fire on a nursing home – an extreme sign that public sentiment has turned against the country’s elders. that drain resources. Getting down to the nitty-gritty, so to speak, the helmsman aims to anticipate the logistics (how the deed is done, from the upstream counseling phone calls to the death rooms where the patients are gassed), as well as any real – global repercussions that his proposal would have.

Such a law would surely create new jobs, she believes. It might even spawn an entire industry of dying with dignity — sayonara vacations or resorts where the elderly can cash in their allowances for a comfortable death. But who would take those jobs? What happens to the things of the dead? Could companies be trusted to properly handle corpses? (Many funeral homes don’t do this now, and people are still taking shortcuts in government work.) Perhaps most troubling: if the public accepts Plan 75, would it ease subsequent iterations where is the minimum age lowered?

These are all compelling questions, though Hiyakawa rushes past the most obvious: Would Japan – or any country – really adopt a program like Plan 75? Presenting this premise as a fait accompli is the only thing that qualifies this film as sci-fi; the rest is a kind of wistful realism, as Hiyakawa focuses on how many elders are already abused: abandoned by loved ones, ignored by social services, left to fend for themselves.

At 78, Michi (Baishô Chieko) has reached the age where she should be able to relax and enjoy her sunset years. Instead, no one will rent an apartment to someone that old, and she struggles to find a job to cover basic living expenses. Tapping into a sort of collective guilt (as if Michi were real and the audience was responsible for her fate), Hiyakawa shows this nice old woman in one of those neon orange vests, reduced to directing traffic in the cold. Things aren’t much easier for Maria (Stefanie Arianne), the sweet Filipino nurse and young mother who assists Michi through the process. The world can be cruel and lonely, Hiyakawa reminds, while embracing the small but important reasons for living, like the bond that forms between these two characters.

Another client, widower Yukio (Takao Taka), is less apprehensive about the program. He feels he has lived well and seems ready to rejoin his wife. But something unexpected happens during his preliminary interview: Yukio’s handler is none other than his nephew Hiromu (Hayato Isomura), whom he hasn’t seen in years. For good reason, Hiromu is forced to recuse himself, since the encounter makes him worry about Yukio’s well-being. A few days later, behind his employer’s back, Hiromu tries to dissuade his uncle from his decision. Cue the sad trombone when it comes too late to save the man’s life.

“Plan 75” might have been a laughable exercise in emotional manipulation if it weren’t for the sensitive tone with which Hiyakawa approaches all of his characters. The film’s underlying agenda is hardly subtle, and yet Hiyakawa leaves more than enough room for audiences to disagree, i.e. to consider the actual merits of deciding of the time and means of his own exit. Although it remains taboo in many cultures, many people are already choosing to die by assisted suicide (Jean-Luc Godard being a recent example and Alain Delon having revealed his intention). Yet it is something quite different for a society to encourage it.

As depressing as his film can sometimes be, Hiyakawa isn’t quite as brutal as the professional miserabilist Alejandro G. Iñárritu. Still, if “Plan 75” – which depicts Japan’s submission to the international Oscar race – gets an over-enthusiastic reception in the United States, that can only encourage him to do more wet-cover drama, while this are the reflections of the sun that redeem the film. She should cling to it like some of her characters do to life itself.

Review of “Plan 75”: a Japanese film accuses us of not respecting the elderly