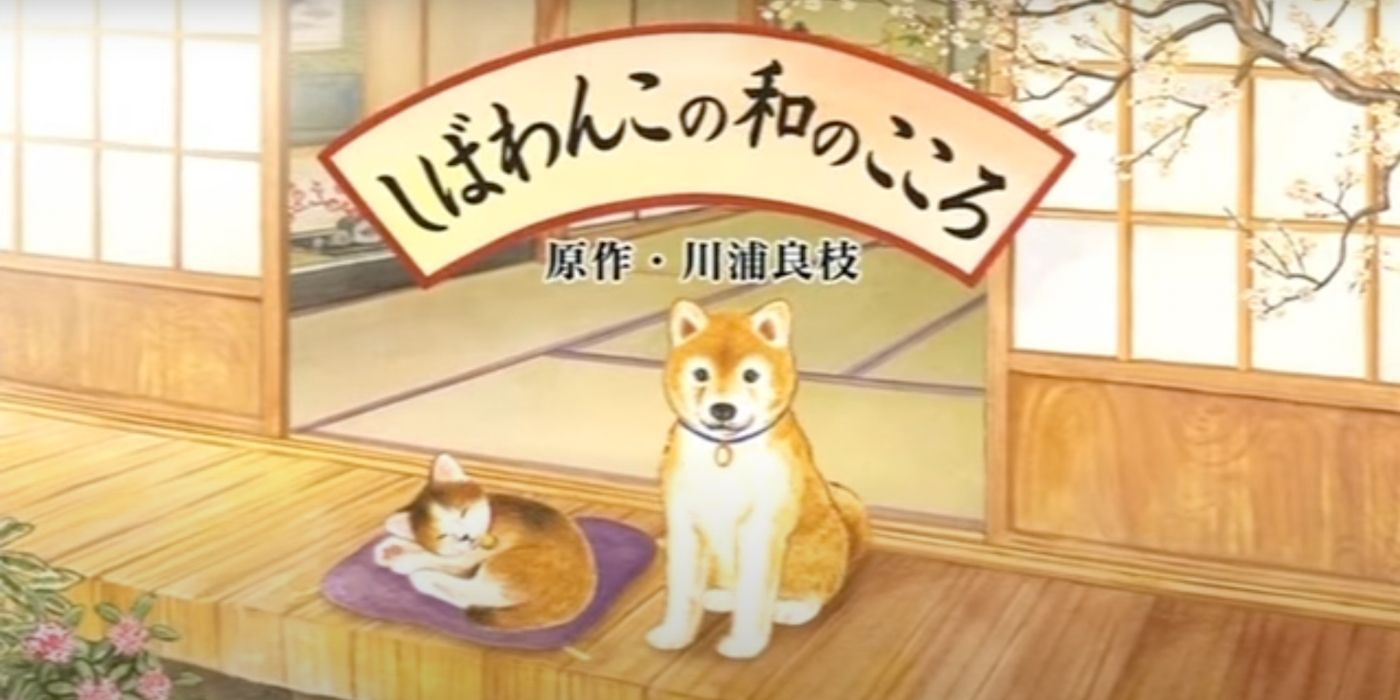 Watching cartoons can provide educational benefits about Japanese culture and beliefs to overseas fans, even if it only offers a glimpse into Japanese daily life. In recent years, more and more edutainment anime have also achieved relative success, with series like cells at work become popular. A series expanded on this idea, guiding viewers through various aspects of Japanese life, such as teaching viewers how to prepare for the Japanese New Year or cleaning special items like tatami mats. This series is Shibawanko no Wa no Kokoro.

Originally a children’s book series, the 2006 anime focuses on a Shiba Inu and a calico cat as they learn about and explore Japanese culture. They live together in a traditional Japanese house and can talk to humans. Shibawanko the dog does the housework, laundry and cooking, while Mikenyanko the cat is not very good at chores. Each episode is short – only about two minutes – with 80 episodes making up the entire series. The style is like a picture book, with live shots mixed in to show what certain actions actually look like.

RELATED: How Aharen-San Is Indecipherable Makes Great Use of Visual Comedy

Written by Yoshie Kawaura and published in 2002, the books were aimed at children, who start helping out with household chores at an early age in Japan. The books aimed to teach children how to properly live in Wa, the Japanese style spirit. Each chapter focused on a new lesson, ranging from how to be a good host for house guests to how to wear kimono to celebrate the autumn moon.

One lesson focuses on how to politely open a traditional fusuma sliding door, first by kneeling in front of the door and using the handle to gently open it with your right hand only about five centimeters. Continuing to use the right hand, slide the door a little more from the middle of the edge, then switch to the left hand once the door frame is perpendicular to the left side of the body. Finally, the door is open enough for the guest to enter – about 30 centimeters. If the door opened from left to right, the movements would be the opposite, starting with the left hand and ending with the right.

Many anime portray Japan as a modern country with advanced technology, and while that’s true up to a point, the lore is still very much alive. Many women still wear the kimono as casual wear rather than just formal wear or something to wear to a summer festival. Japanese neighborhoods feature traditional-style houses alongside newer designs, and there is a certain set of norms that one is expected to adhere to in society, with manners being one of the most important aspects. Even some modern apartments include tatami rooms in larger-scale units, though this isn’t a standard inclusion. Knowing how to properly care for straw flooring is important because it can easily mold if the wrong cleaner is used.

By creating a children’s series based on traditional ideas, Kawaura was not only educating children about how people did things, but also keeping those traditions alive. It’s easy to look ahead and create new ways of living, but sometimes it’s nice to slow down and enjoy the way things were too. Modern conveniences are wonderful, but knowing how to live traditionally creates a deeper connection to one’s culture and keeps the spirit of that culture alive. There can be a balance between the old and the new.