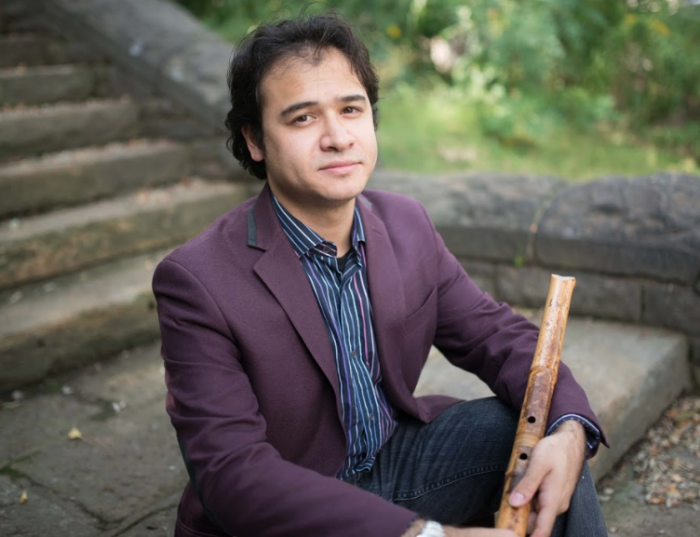 The crowd was gathered in anticipation of a Screen printing festival Film screening, organized as part of the University’s Japanese Music and Cinema Cultural Event and sponsored by Pitt Japanese Nationality Hall. The Silk Screen Asian American Film Festival kicked off its 13th edition on Sunday with a Japanese musical performance and a screening of Shuichi Okita’s 2018 film, “Mori, the Artist’s Home”.

Bhawna Sachdeva, a volunteer for the Screen Printing Films Programming Committee, who has come to see screen printing films for the past four years, decided to get involved directly with the festival this time around to help promote American cultural awareness. -Asian.

â€œPeople look different from the outside, but in the end you worry about the same issues and the same things. What better [to show this] than through cinema? Sachdeva said.

The Japanese Nationality Room was founded in 1999 as the 24th Nationality Room and awards a scholarship each year to send research students to Japan. Tipp, who is pursuing his doctorate in Traditional Japanese Music and Contemporary Western Music Composition, used the scholarship to travel to Tokyo and interview and perform with various musicians.

He did this to deepen the study of Shakuhachi’s performance and gain a better understanding of traditional Japanese repertoire. This was his fifth trip to Japan, after performing his original compositions for Japanese instruments there.

â€œStudying traditional Japanese music was a way to have a physical and tactile way to interact with my heritage,â€ Tipp said.

Tipp was accompanied by Tamiko Iida, originally from Japan, who played a Koto, a Japanese 13-string zither made of pilonidal wood and plucked with a pick or fingers. Iida started learning Koto at the age of 7 and now performs in schools, libraries and community halls in Pittsburgh.

In addition to his musical interests, Tipp also had passions for jewelry and painting in high school, something he recently picked up. Through these interests, Tipp became fascinated by the physical gestures that come from painting. He tries to capture this gesture and movement in his musical compositions.

â€œMoving the paint in itself has become an idea that I work with in a lot of music,â€ Tipp said. “The [violin] the arches are representations of real brushes or palace knives.

The screening of “Mori, the artist’s habitat” followed the musical performance. This film tells the true story of the late Japanese artist Morikazu Kumagai – known as Mori – who spent 30 years of his life standing in the garden around his house and examining the smallest details of nature.

Mori was a highly respected artist in Japan who received a medal from the Japanese Emperor. He was not interested in fame and money and preferred to observe the creatures hidden in his garden.

In the film, Mori is portrayed as an artist with the time and patience to lie down in the dirt and observe the ants for hours, discovering that these insects begin to walk with their left middle foot. When the developers want to build a condominium next door, which would threaten the garden, Mori and his wife Hideko do their best to protect it. Director Okita has managed to capture Mori’s passion through extreme close-ups of small insects and plants that would otherwise go unnoticed.

Sono Takano Hayes – chair of the Japanese Nationality Room committee and former Pitt teacher – presented the event, hoping the film would bring together both Pitt students and the Japanese community.

“What the director is trying to do is he wants everyone to enjoy nature and peace,” she said. â€œAnd that’s pretty understandable when you think about what’s going on in Japan. We have had a lot of disasters.

Hayes, from Japan, spoke about past disasters in his home country, such as Fukushima and the Hokkaido earthquake, and how they have changed the outlook on daily life for young people in Japan. She believed that the film could help these young people through the story of the protagonist.

â€œThis feeling of threatening your daily life for young people is a way of living serenely and in full awareness. I think it was his [film director Okitaâ€™s] message, â€she said.