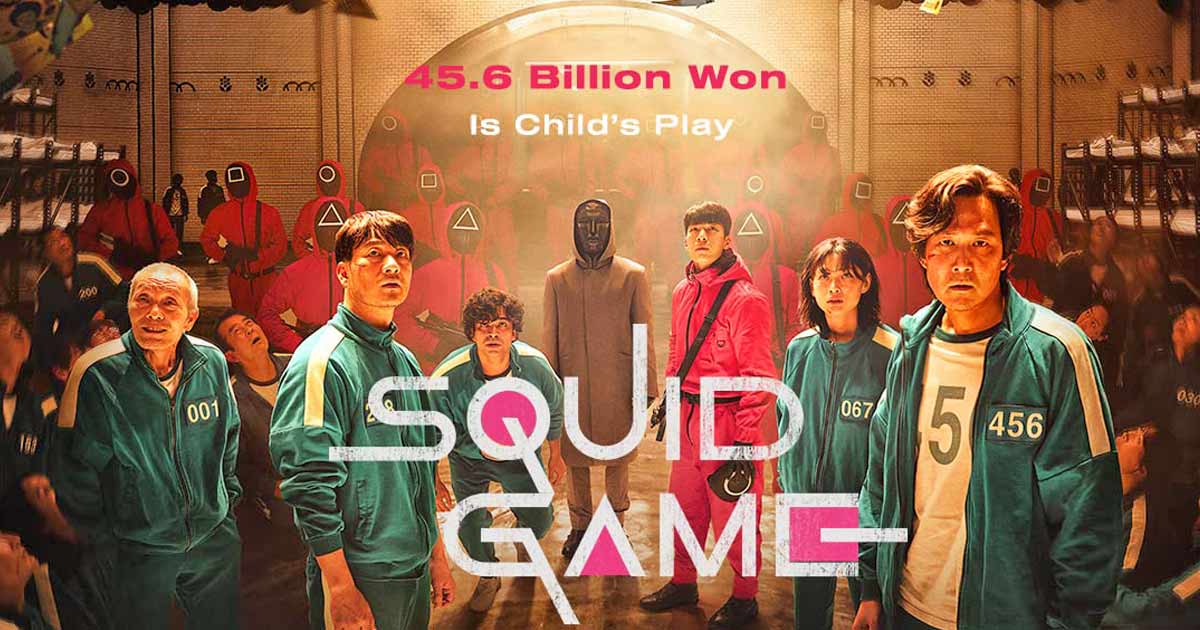 Hwang Dong-hyuk’s Squid game, released on Netflix, made the news as it became immensely popular. However, according to the new reports, there are allegations that the show is plagiarized. The show revolves around the classic class difference story, where a large group of people with serious debt are recruited by super rich people, who make them play six kid games in order to earn a lot of money. However, there is a huge turn of life and death to the story.

As morbid as it sounds, the South Korean show started to become a trending on Netflix and became one of the most watched series in no time. It stars HoYeon Jung, Park Hae Soo, Lee Jung-jae, Anupam Tripathi, Gong Yoo and many more actors.

While there has been a lot of praise surrounding Squid Game, new claims suggest that it could be a scam of a Japanese horror movie, As the Gods Will. This isn’t the first time that a story has been built around a dystopian society where people are forced to play survival games. Battle Royale, The Hunger Games, and The Running Man are just a few examples. However, Squid Game is said to have a shocking resemblance to the Japanese film.

Directed by Takashi Miike, As the Gods Will revolves around a group of high school kids who are made to play a game of death. Even these students have no idea who is the mastermind behind the game, forcing them to play. It stars Bleach actor Sota Fukushi, Hirona Yamazaki and many more actors. Besides the similar concept, many other things have caused people to assume that Squid Game copied the idea that the first game played in As the Gods Will is a variation of the “Red Light, Green Light” game played in the series.

I’m pretty sure the squid game is like the gods will pic.twitter.com/rjTvcHxmB6

People even claim that a lot of the shots are similar in both the show and the movie. However, the show’s director has been doing this since 2009, and it took almost a decade for it to be accepted by a production company. While As the Gods Will was released in 2014.

According to reports, Dong-hyuk has denied the plagiarism allegations on this basis. “It’s not really something I want to do, claim ownership of this story. But if I had to say it, I would say I did it first, ”he said.

Creating a story that needed inspiration from others, Squid Game may not be a scam. However, he might have taken references from other such stories. What do you think of the same?

Must read: Star Trek: Discovery: Here’s Everything You Can Expect From Season 4!