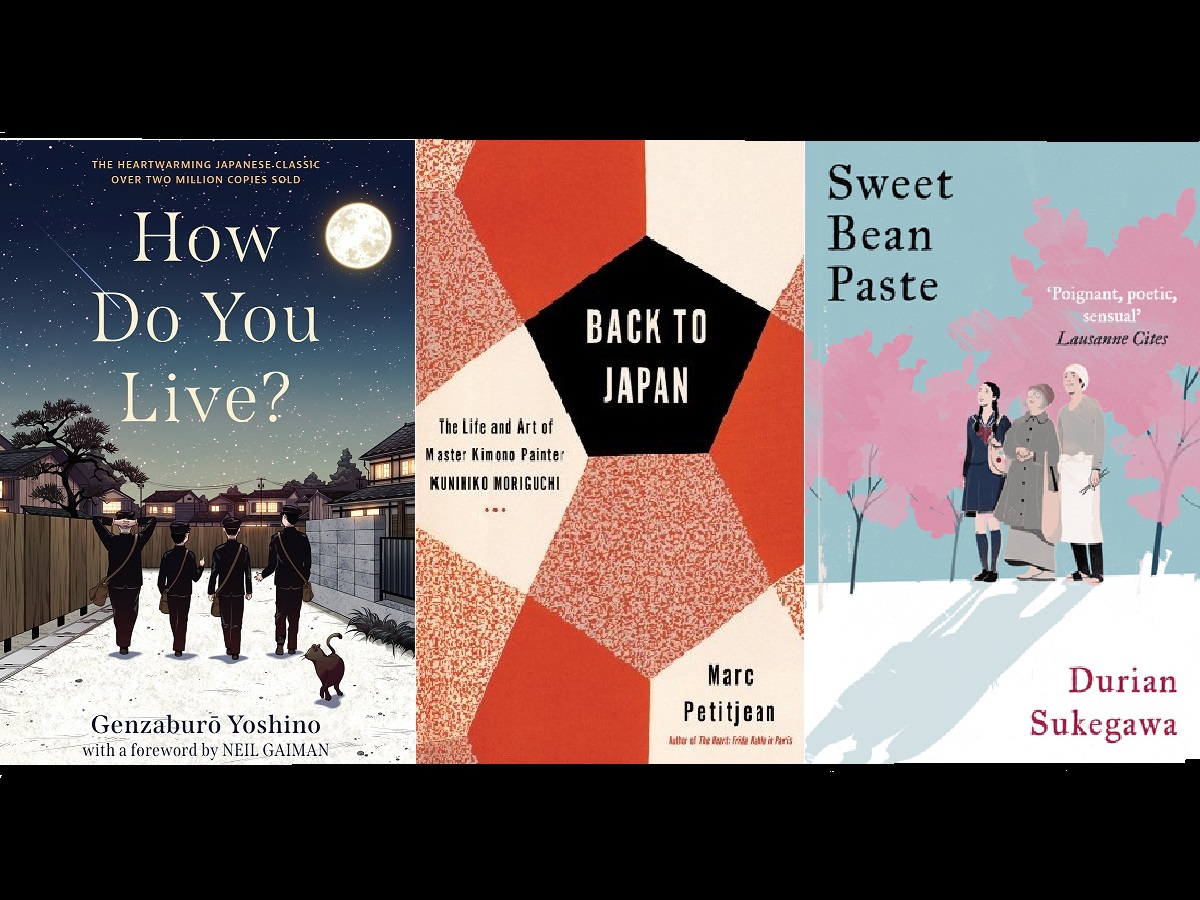 Here are three books on different aspects of Japanese culture: a fascinating account of the thoughts and feelings of a child and his uncle in pre-war Japan; a biography on a “living national treasure”; and a novel that I found compelling in many ways.

Perhaps the best line would be from the original publication date:

How do you live? by Genzaburo Yoshino (Author) Bruno Navasky (Translator) Neil Gaiman (Preface by)

First published in 1937, Genzaburō Yoshino made a classic, a book that might or might not be for children; which can be read alongside teens and tweens who are beginning to think the world, really think about it, and their place in it.

Featured in major lists of children’s books in translation, this book is getting a lot of attention now because animator Hayao Miyazaki called it his favorite childhood book and announced his plans to make a movie out of it (even if he has retired).

There are two narrative voices within the book: Copper is fifteen years old and just learning about friendship and loss, as her father has passed away. Then there is his uncle’s diary, an enthusiastic voice that wants to explain everything to him, chains that bind us together as human beings; to the encouragement to ask the right questions about life and relationships. It was his uncle who called him Koperu as a nickname. Copper, like his namesake Copernicus, must look to the stars and use his discoveries of the heavens, earth, and human nature to answer the question of how he will live henceforth.

Neil Gaiman’s preface is really moving and makes you want to read the book even more. The tone and sincere way in which it is written reminded me a lot of another book with important questions for young people, even though it was written 150 years ago: Heartby Edmondo De Amicis, a beautiful and fascinating literary work.

Next, a book I read this year after seeing the movie. Usually it’s the other way around, but in this case I’m glad I did, because the book had a hidden message that the movie couldn’t cover. And if I hadn’t seen the movie, I would never have heard of the book. 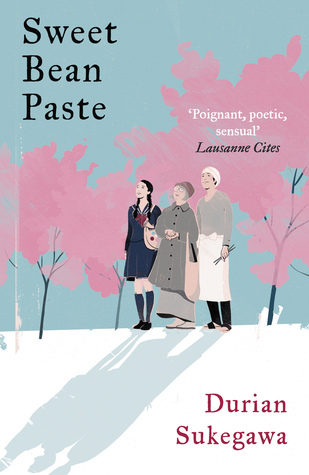 You can tell this book is about Sentaro, the protagonist, who is seen as a failed individual: he has a criminal record and was a heavy drinker, and now survives as a dorayaki seller. This type of delicious batter is a mix between American pancakes and a sweet Japanese filling made from red adzuki beans.

However, this book could also be said to be about Tokue, an elderly woman who notices the “help wanted” sign above the candy store. She has disfigured hands and a troubled past, as she experienced leprosy (although now cured) and had to live in isolation for most of her life in a leper colony.

There are very few books on this disease, which has plagued thousands of people for thousands of years. Ben Hurcomes to mind, or The impure by Guy Des Cars, a French author.

There is a third character in the book, a nice girl who likes to eat dorayaki and also wants to work in the shop, expanding Sentaro’s worldview through friendship, although in Western eyes a friendship between a young girl and an unlikely middle-aged man, which is well treated in the novel.

Tokue makes the best sweet bean paste in the world, she cherishes every step of the job and subtly changes the way Sentaro sees herself. He made good pancake batter but used an industrial filling. The love and care that went into preparing this treat speaks volumes about Tokue and how she views the world.

But the novel isn’t about that either.

The author, Sukegawa, worked as a radio host. In his work, he heard a lot about the good contributions to society that the Japanese wanted to make. Not contributing, just being, is very frowned upon. But what about babies who die young or sick old people who cannot contribute productively but are nonetheless alive? Does their life have a purpose? And what is it?

In line with the previous book, the answer to this question is the reason for this novel, and I found solace in it, for many individual reasons, and felt grateful after reading it. You might also find it enlightening.

Also, the dorayakis are amazing, if you’ve never tried one, you definitely should!

Well, it’s yet another translation, not from Japanese, but from French. 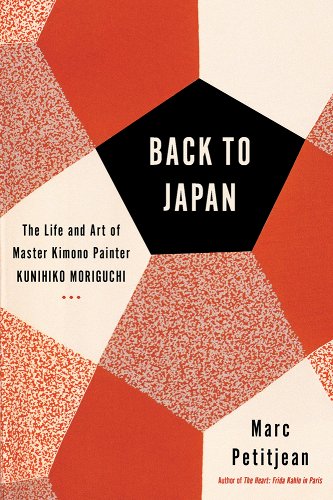 It’s a small book, but it contains a lot of information. Marc Petitjean is a French writer and photographer who befriended Kunihiko Moriguchi, a master kimono painter and living national treasure, like his father before him.

The honorary title refers to the men and women who have preserved an important part of Japanese culture and transmitted their knowledge, ostensibly from past generations.

Moriguchi lived in France in the 1960s and was a friend of Balthus. Somehow, this influence carried over into the traditions of her family, who made kimonos. The tension between tradition and innovation led Moriguchi to find an incredible source of inspiration; by crossing Yūzen (dye-resistant) craftsmanship with abstraction, his style was born: abstract kimono patterns.

Petitjean does a biography of sorts, tracing Moriguchi’s life, from his childhood during the turbulent war-torn 1940s and 50s, to his heyday as an artist.

His works have been exhibited in the most prestigious museums in the world.

It reminded me a bit of another small volume written in 1933: Praise of shadows by Japanese Junichiro Tanizaki. A great way to approach an aspect of Japanese culture and what lies behind it.

Return to Japan: The Life and Art of Master Kimono Painter Kunihiko Moriguchi is on sale since November 09, 2021.

Like? Take a second to support GeekDad and GeekMom on Patreon!