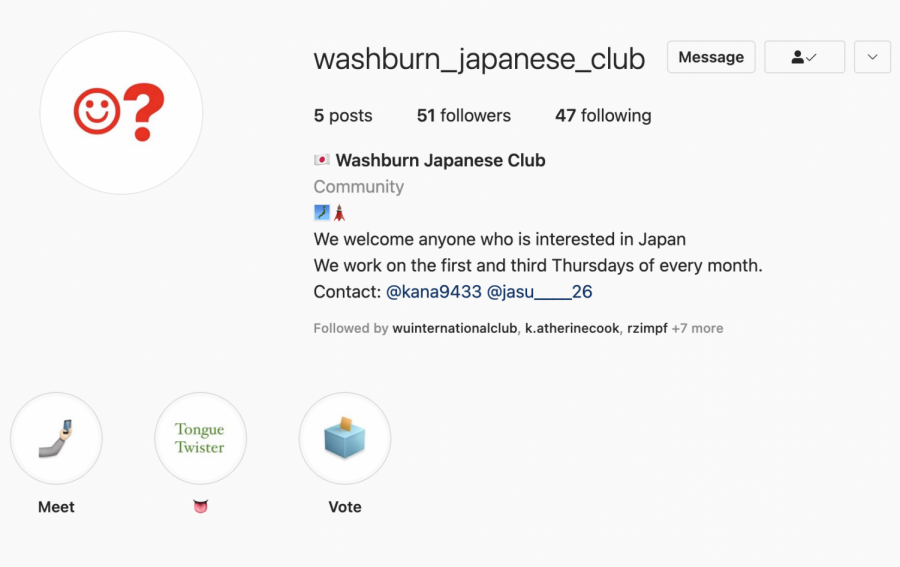 The Japanese Club is a new student organization in Washburn. All students are welcome to attend and learn more about Japanese culture.

Japanese Club is a new student organization in Washburn, founded by two students who want to share their love for their country, Japan.

Japan is an island country located off the east coast of Asia. Those who know a little about Japan may know that its culture is very different from that of the United States. However, Japanese culture has become a part of America thanks to the popularization of sushi, anime, manga, and other Japanese trends.

“We wanted to create a club where we can explore things about Japan. We want to get in touch with the students here who are interested in our country. A lot of students love Japanese anime and food, ”said Justine Gutierrez, President of the Washburn Japanese Club.

The Japanese Club meets on the first and third Thursday of each month at 7 p.m. in the Blair Room at the Living Learning Center on campus.

If you want to get more involved on campus, the Japanese Club will welcome you with open arms.

“I think it’s good for people who want to make friends [to come]”said Gutierrez.

The next Japanese Club meeting will be on Thursday, November 18 at 7:00 p.m. in the Blair Room.

Anyone wishing more information about the Japanese Club can visit their Bods login page Where Instagram page.