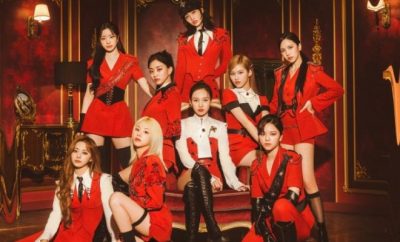 TWICE continues to prove its power in the charts as it tops the Japanese music charts after the pre-release of their track, “Perfect World”.

TWICE is showing their global influence after the pre-release of their new Japanese song, “Perfect World”. The song topped several music charts in Japan, captivating listeners with its sound and bold concept. TWICE continues to lead the K-Pop industry as one of the most sought-after girl groups in the industry.

The song “Perfect World” offers fans a fast theatrical sound. The song expresses the confident sense that TWICE will stand up to the most unsettling challenges without being shaken. As a result, their ONCE fandom can receive uplifting energy from song, encouraging them to embrace the same confidence in their own lives.

Along with the release of the music source, the group also delivered an equally theatrical music video featuring a chic femme fatale concept and the members’ ever-strong performance skills. The more sensual and daring charisma highlighted in the clip contrasts sharply with the softer summer whimsy of their latest Korean clip, illustrated “Alcohol Free”.

The two very different concepts released back to back only add to TWICE’s ability to present a wide variety of concepts to fans.

After the release of “Perfect World”, TWICE dominated the local music charts, such as Line Music and AWA. Additionally, the song continued to top the charts from 10 a.m. on June 30. Their strong power in the global music charts is proof of TWICE’s influence as one of K-Pop’s premier girl groups.

Meanwhile, the band will also deliver their third Japanese album, titled the same as the recent pre-released track.

The album, Perfect world, will be unveiled to fans on July 28.

How does this story make you feel?