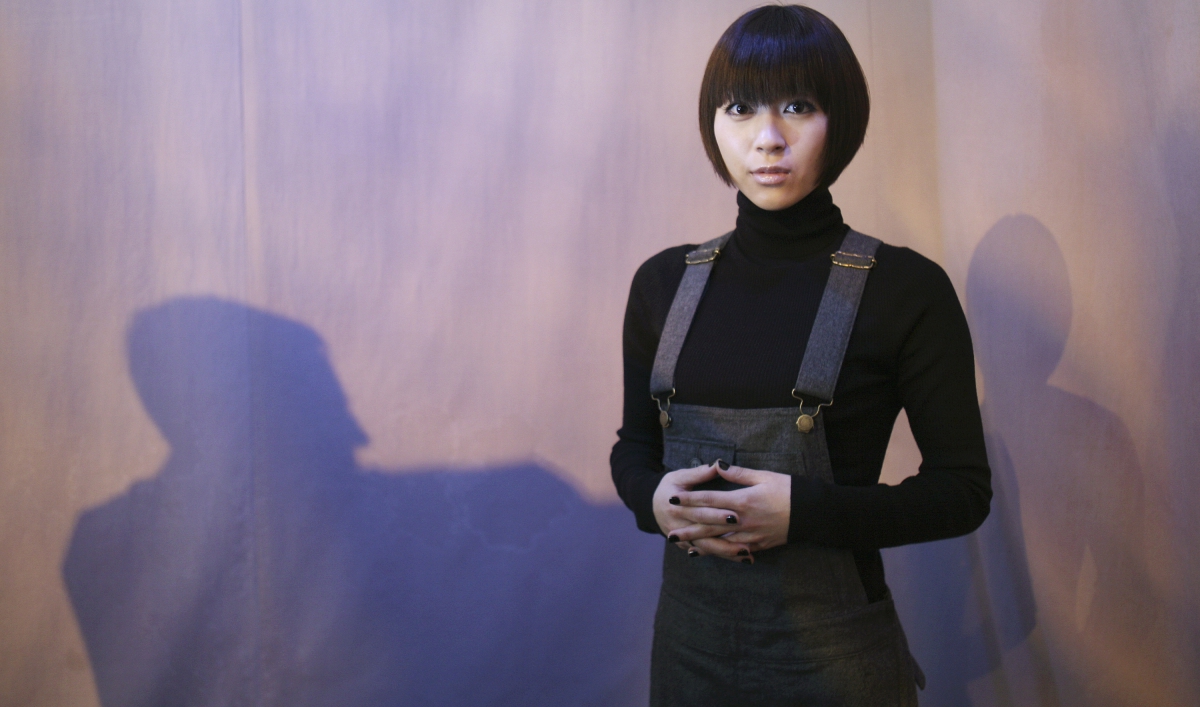 When Utada Hikaru burst onto the scene in the late 1990s, Japanese pop music was a different world.

Back then there were bands and there were types of singers / songwriters. But what about the mega pop stars? They were skillfully produced by overly controlling managers. They were cute, called idols. (See, Morning Musume.)

They weren’t fiercely independent and didn’t write their own music.

Utada was 16 when her first single was released in Japan. It was brash, had attitude and it introduced an R&B sound to Japanese pop music. Her debut album, First Love, still holds the Japanese record for the highest sales on record.

She not only wrote all of her own music, but recorded all of the vocals on the album (which was not standard practice at the time). She had an unusual sound in her voice and, above all, it was clear that she was responsible. Back then, people even said she was good, but it’s a shame that she wasn’t pretty.

Utada Hikaru comes from musical royalty; her mother was a beloved singer of enka, traditional Japanese music, and her father was a famous music producer. Utada grew up between the United States and Japan, soaking up the influence of both musical cultures.

Today we are talking about Korean pop and Korean pop culture as ascending in Asia and even reaching American shores. But in the 1990s and early 2000s, Japanese pop culture: music, anime, drama, was most influential across Asia. And that meant Utada had a big impact beyond Japan.

She has often released beautiful and complex music videos (i.e. Final Distance, Traveling, Sakura Drops, Colors). But in 2002, her music video for the song Hikari – Light, showed her standing in front of a sink doing the dishes. The camera has not moved once. From time to time, she synchronized the lips; every now and then, she just did the dishes. People still loved him. And she could do it. Because she was so popular.

Over time, Utada’s sound has evolved, it has become more pop, sometimes acoustic, stuffed with electronic elements. She has crossed genres, playing with different styles and sounds. She became her own producer. And every time she released an album, it soared to the top of the Japanese pop charts.

Three of the 10 best-selling albums in Japan are his.

She sometimes tried to break into the American scene. In 2004, she made an album that sounded like she was trying to get a feel for what she should be; it didn’t work well and didn’t sound like the independent voice she was in Japan.

In 2009, she released another one that did a little better. She has had connections with Ne-Yo and other famous American artists. She is widely known to video game enthusiasts in the United States, as the themed songs from two of the Kingdom of Hearts video games are her own.

She also attended Columbia University briefly, before dropping out halfway to get married and focus on her career.

Since Utada, other pop stars have followed her path, embodying aspects of her. The mega popstar Ayumi Hamasaki, who wrote the lyrics, has handled her fame and career expertly. Misia or Koyanagi Yuki were great R&B style singers. But no one has combined everything to be quite like Utada.

Five years ago, at the age of 28, Utada announced that she was going to take an indefinite hiatus. She said she wanted to learn to be an ordinary person. Many people called it early retirement. After all, her mother had retired when she was young.

But earlier this year, Utada announced that she was returning to the music business and releasing two songs in April; these are the theme songs from two television series.

Japan still has the second largest music industry in the world, but it’s a shadow of itself. The industry collapsed because the older men at the top refused to allow digital sales and people stopped buying CDs. Huge pop idol groups promise CD buyers, mostly men, that they can shake hands with their favorite teenage member if they buy a CD. So the CDs were sold.

And the industry still charts its numbers by CD sales.

Streaming services were only introduced in Japan last year.

There are still some great musicians out there, they just aren’t gaining as much importance as they might have been in the past.

But whatever, Utada holds a special place in the consciousness of Japanese pop culture. No pop star has hit the Japanese pop world like she has. Utada is quite universally loved by everyone. And to this day, she stands out.

To listen to more Utada Hikaru and hear how it has evolved over time, listen to these songs:

For You – More of the first R&B sound. This is his second album, Distance. (Or: Addicted to you from First Love)

Letters – This is probably my favorite song from Utada; This is from his third album, Deep River

Colors – This is from his fourth album: Ultra Blue

Final Distance – This was published after a major knife attack at a school in Japan in 2001. It was later put into music textbooks.

Be My Last – It’s also the theme song for the film adaptation of the novel Spring Snow, written by world-renowned novelist Yukio Mishima.

Goodbye happiness – fun. Riffs on every clip she did.

Sakura Nagashi – This is the theme song for the third Evangelion movie released in 2013. She released this song while she was on hiatus. (She is supposed to be a big fan of Evangelion)

Sakura Drops and Prisoner of Love – I know they’re in Japanese, but I particularly like the lyrics.

Stay Gold – This is from her fifth album, Heart Station.

Does the future of Japanese music depend on streaming services?

GUEST ROOM | Beginner’s Guide to the Wonder of Japanese Music