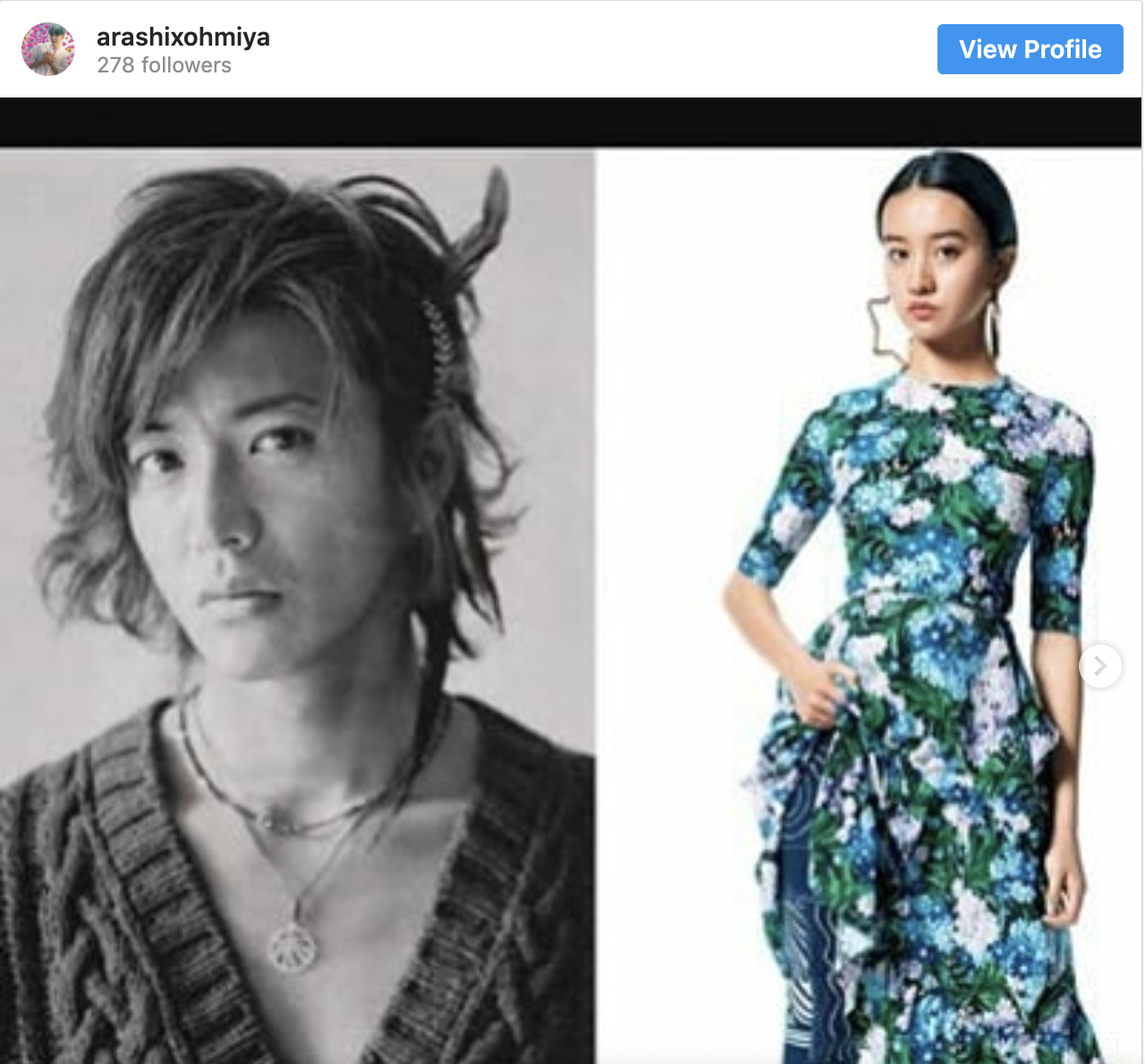 There are many rules regarding polite and respectful behavior in Japan, especially when it comes to traditional culture like kimono and daily customs like taking off shoes indoors.

Showing respect for these traditions is such an important part of Japanese culture that any deviation from convention is likely to arouse anger and disdain. So when luxury Italian fashion house Valentino released images showing a Japanese model walking on a kimono obi belt while wearing shoes, the internet erupted in outrage.

The photoshoot, for the Spring / Summer 2021 collection by brand Valentino Collezione Milano for Women in Japan, featured Japanese model Koki, the well-known daughter of Takuya Kimura, former member of boy group SMAP and one of the the country’s most famous stars.

â–¼ Takuya Kimura, or â€œKimutakuâ€ as he is widely known, pictured on the left, with his daughter Mitsuki (professionally known as â€œKokiâ€) on the right.

Since her modeling debut in 2018, Koki has worked with famous fashion houses around the world, including Valentino in 2019. 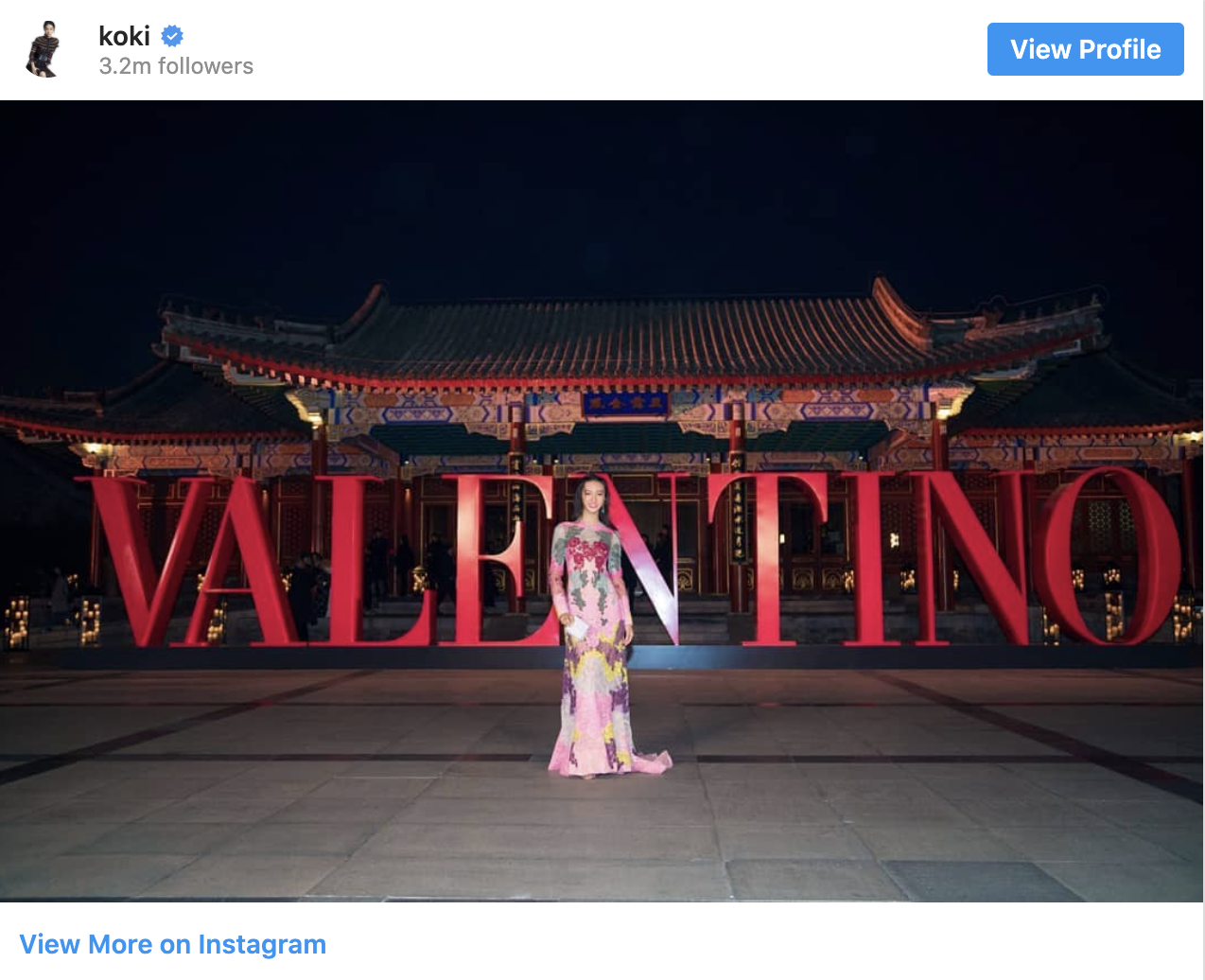 It was this year’s Valentino photoshoot that really caught everyone’s attention, as photos in the collection showed Koki sitting on a narrow strip of fabric resembling an obi sash, which is typically worn around the size with a kimono (see photo above).

She was also pictured walking on the fabric while wearing high heels. 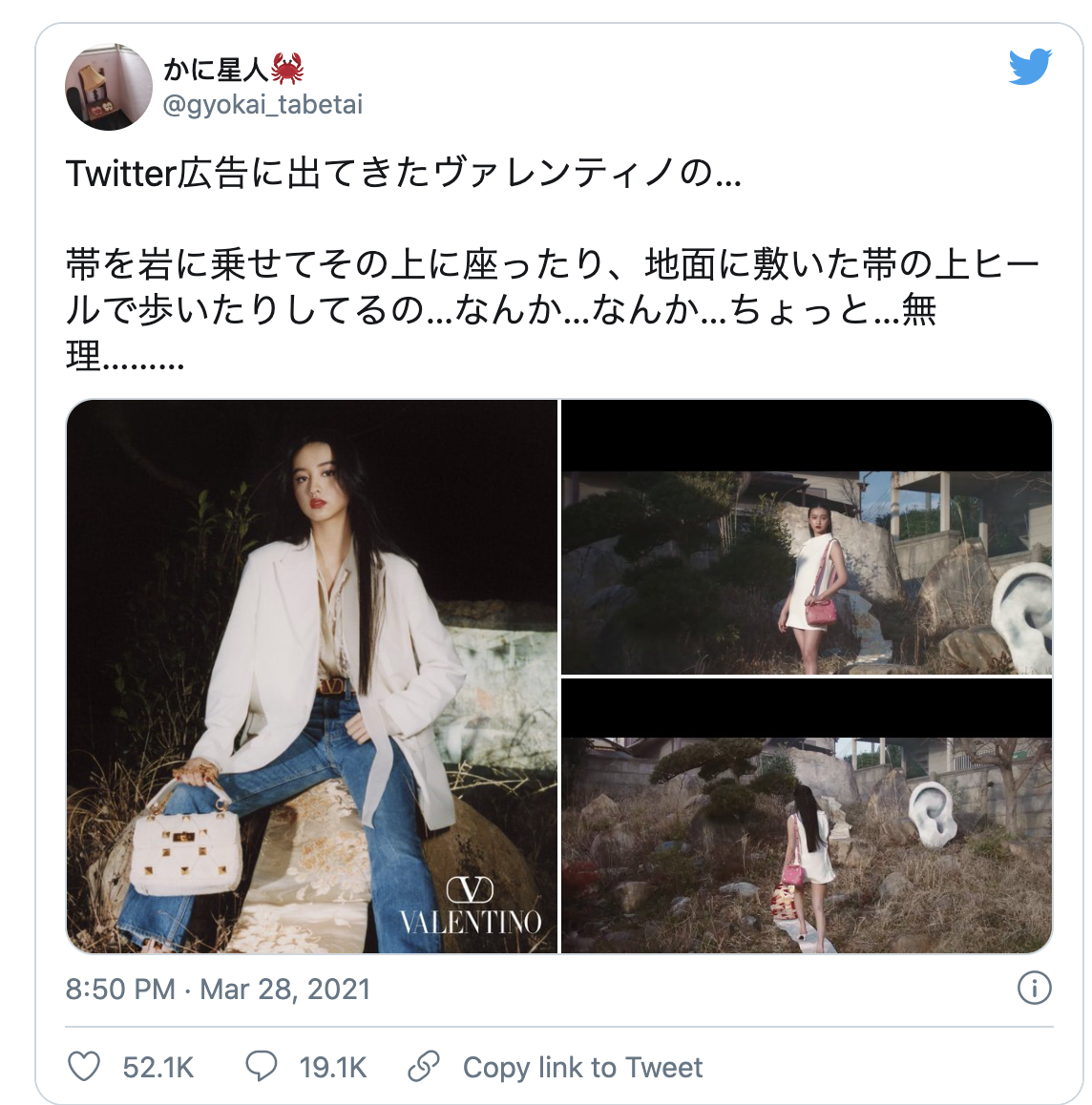 Images from the photoshoot shocked people across Japan, who couldn’t believe the disrespectful behavior they were seeing.

“It gives me the impression that Japanese culture is being trampled on.”

“If an Obi craftsman saw this, he would fall.”

“The Japanese know how to treat the obi with care, so the thought of sitting down or stomping on it is inconceivable.”

â€œIt’s like stepping on a Valentino dress with shoes on. How would they feel about it? “

â€œIt’s terribleâ€¦ the obi is neither a ‘trail yukata’ nor a tarp. It is part of a kimono. The person in charge must come out and explain himself.

Adding insult to injury, the collection’s promotional video showed the model wearing shoes inside what appears to be a Japanese home, another cultural taboo viewers were quick to criticize.

Following the backlash online, Valentino removed the photos and video from their official website and social media accounts, and issued an apology in Japanese and English.

The above excuses reads as follows:

â€œIt has recently come to our attention that the visuals of Valentino Collezione Milano shot in Japan with a Japanese model, include cuts that unintentionally feature the model sitting or walking on a Japanese fabric that is reminiscent of a traditional obi and implies that she is wearing shoes on the doorstep or inside a traditional Japanese house.

Valentino is strongly committed to fostering a culture of inclusion on a global scale that respects the individuality of each member of the community, artistic work, designs and artistic craftsmanship.

The brand has developed a vast campaign strengthening the deep bond with different cultures, embracing all communities of the world and respecting all forms of creative expression, all identities and values.

Maison Valentino is based on a forward-looking culture that feeds on creativity and new perspectives, while fostering protection, inspiration and exploration.

The mark confirms that the content has been completely removed.

Maison Valentino is committed to further cultivating a culture of inclusion on a global scale and wishes to make this event a powerful learning moment for the brand and its community.

The apology appears to have missed the mark in Japan, however, with many disputing that the company appears to be trying to dodge criticism by claiming that any similarity between an obi and the fabric used in the images was unintentional.

“The problem isn’t whether the fabric is an obi or not, it’s whether someone is trampling on something that looks like an obi, like a foreign country trampling on Japanese culture.”

“What kind of fabric is it if it’s not an obi?” It is an obi. Their bad loser behavior makes me sick.

â€œThese are not excuses at all. It’s like they’re making us look like fools. Do they really think it’s okay to say it’s not an obi kimono? “

“These ‘excuses’ only add fuel to the fire.”

â€œIt’s not good enough, it’s not an excuse. I loved this brand but I am so shocked that I will never buy from them again.

â€œIf you think of the kimono as a type of national costume, you can see why it’s out of place. If a Japanese clothing maker were to advertise someone stomping on national costumes from other countries, it would be serious. “

“I’m surprised that the apologies only exist online as a picture.”

The majority of Japanese comments online say the apology lacks sincerity, and the fact that it was only posted as an image on the brand’s Japanese and English Twitter accounts also left a bad impression. taste in people’s mouths.

One thing many people agree on, however, is that 18-year-old model Koki should not receive any hatred for the pictures – this is what happened to Japanese-American model Kiko when she posed controversial way with legs apart. on a table in a Japanese room, as she was only following the creative team’s instructions.

With Valentino now embroiled in a second campaign backlash, it has yet to be revealed whether the company will attempt to redeem itself with a rephrased apology. This is something the company should seriously consider, as with the Asian community feeling particularly vulnerable right now, admitting their mistakes and accepting full responsibility for them is the real ‘powerful learning moment’ the world needs to see. right now.