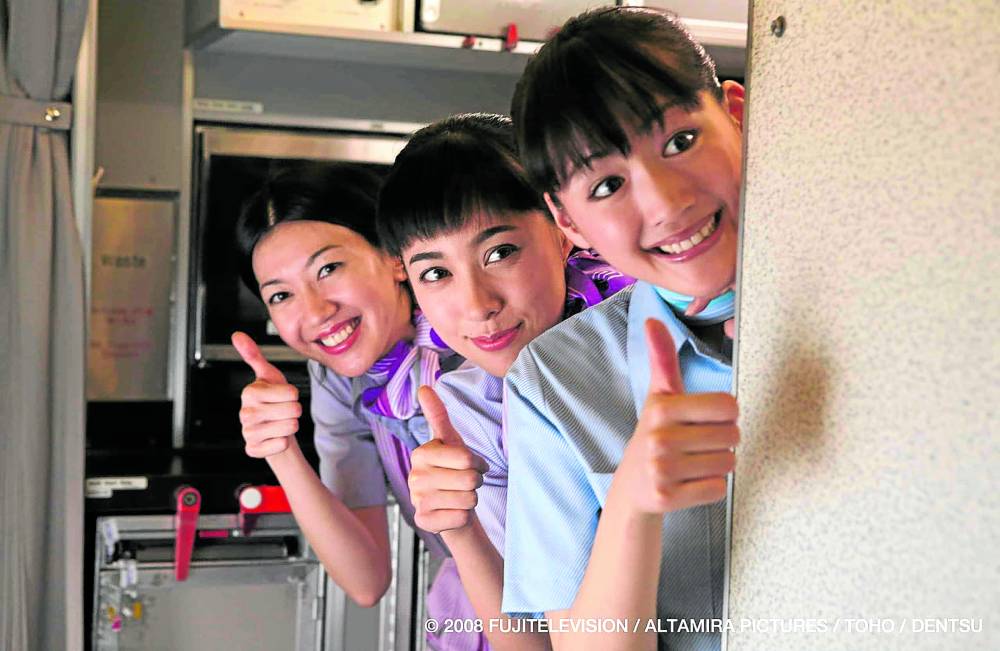 Your Super Guide to the 2022 Online Japanese Film Festival

We’re not going to lie. We’ve visited and revisited our pre-corona Japan vacation photos and sometimes manage to gobble down a bowl of kitsune udon while watching 4K Japan videos on YouTube.

Although we want nothing more than to sip noodles swimming in rich tonkotsu broth on a cold February night in Tokyo, we will have to find ingenious ways to fill that void in our hearts as the pandemic continues to rage. and that travel restrictions remain in place. location.

The Japan Foundation’s 2022 Online Japanese Film Festival (JFF) is back for its second year, and it’s got all the makings for the perfect trip to Japan: ramen, sumo wrestlers and samurai warriors, a theme park, a peek into the maid cafe and some lively.

A total of 20 films and documentaries will be streamed on the JFF Plus: Online Festival website (watch.jff.jpf.go.jp) until February 27. It’s a healthy mix of drama, period pieces, and funny movies. There is also a thriller, a classic Japanese film, and two animated feature films that can inspire and entertain audiences from home.

“The beauty of the landscapes through the seasons, the visually stunning and colorful Japanese cuisine, the shift of society from traditional worlds to modern fantasy worlds that transcend space and time…our hope is that in discovering these different worlds in Japan, viewers will feel refreshed, and if this festival gives many people or even one person the dream of visiting Japan one day, then I will be very happy,” said producer JFF Masafumi Konomi in a message to the public.

Here is a guide to some of JFF’s exciting films:

1. “The God of Ramen” (2013)—We strongly advise you to bring quality ramen while watching this documentary about Kazuo Yamagishi and his famous ramen shop called Daishoken. Yamagishi’s ramen shop in Ikebukuro was open to diners and even apprentices who wanted to learn the perfect bowl of ramen. This 90-minute film, directed by Takashi Innami, spans 10 years and covers Yamagishi’s passion for ramen and his unwavering devotion to his wife.

2. “Ito” (2021)— Curious about the maid cafes of Japan? “Ito” gives a small insight into the unique Japanese experience while exploring traditional shamisen (Japanese lute) music. One of the up-and-coming Japanese filmmakers, Satoko Yokohama, directed the coming-of-age film based on the novel of the same title. Interestingly, lead actor Ren Komai is also from Aomori Prefecture, where the film’s protagonist lives.

3. “Rachomon” (1950)—For those who haven’t seen this highly acclaimed whodunit, this might be your chance. JFF is making Akira Kurosawa’s masterpiece free and accessible throughout the festival and it’s definitely on our must-see (or rewatch) list.

4. “Under the open sky” (2020)—Variety hailed Koji Yakusho’s portrayal of the flawed hero, Masao Mikami, as his best performance yet. In this 2020 drama, award-winning director Miwa Nishikawa takes her audience into a society that discriminates against someone who has made mistakes in the past, even if that person struggles to live an honest life.

5. “ReLIFE” (2017)—Arata, 27 and unemployed, has a once-in-a-lifetime opportunity to relive high school for a year so he can make up for his current situation. When Arata (Taishi Nakagawa of “Boys Over Flowers” Season 2) returns to high school, he unexpectedly forges a strong bond with his classmates and falls in love with a shy girl. “ReLIFE” is based on the Japanese romantic drama manga of the same title by Yayoiso.

6. “His love boils the bath water” (2016)—A terminally ill single mother (played by Rie Miyazawa) is determined to solve her family’s problems before kicking the bucket. The comedy/drama directed by Ryota Nakano offers another curious aspect of Japanese culture: public baths. “It’s a weird aspect of Japanese culture – getting into deep water with strangers, who strike up conversations with each other,” Nakano told The Hollywood Reporter in a previous interview. The 2016 film won dozens of awards and was selected as Japan’s entry to the 90th Academy Awards.

7. “Good flight” (2008)—JFF producer Konomi said organizers hope viewers will find a sense of relief and a positive attitude in the films at this year’s festival. Maybe that’s why they chose the funny old-fashioned but good movie, “Happy Flight”. Here, pilots, cabin crew, ground crew, mechanics, bird patrol team, controllers and dispatchers work on a single flight, from Tokyo to Honolulu. Thanks to their collective effort, the flight takes off. But this does not mean that the flight will be without turbulence. Wellness master Shinobu Yaguchi directed the film while Seiichi Tanabe is leading the cast.

8. ‘Inverted Patema’ (2013)— What’s a Japanese film festival without an animated feature film? “Patema Inverted” is one of two JFF anime this year. Writer/director Yasuhiro Yoshiura has created two worlds with opposing gravitational forces. Patema falls through a hole in a base camp and nearly falls through the sky, but she is saved by clinging to Age, a boy above ground. Together they travel between the two worlds, their survival depending on each other’s support. The hour-and-a-half-long film was screened around the world, from the 2013 Abu Dhabi Film Festival to the 2014 Gothenburg International Film Festival and the 2014 New York International Children’s Film Festival.

JFF Online 2022 is streaming for free until February 27. Visit watch.jff.jpf.go.jp.

The Key Elements of a Payday Loan You Need to Know